Home » Santa’s message to parents – the best present for toddlers is a healthy, flu free Christmas 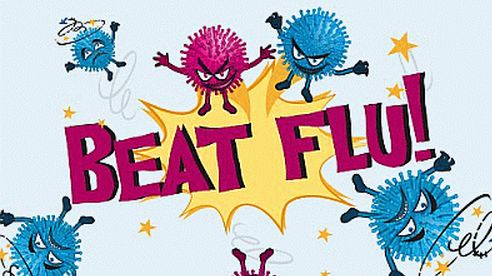 A WELSH Father Christmas has joined health professionals in backing a campaign to immunise toddlers to prevent flu this Christmas.

Helping publicise a new, free online game playable at Beatflu.org, Santa’s message to parents of 2 and 3 year olds at a grotto in central Cardiff was to contact their GP surgery this week to ensure their children can enjoy Christmas without flu.

This year has seen the introduction of a free nasal spray to protect toddlers aged between 2 and 3 (on 1 September 2013). The age group has been selected because their immune systems are not as well developed as older children and whilst flu is miserable at any age, younger children can be at risk of more serious complications of flu.

However, according to the latest statistics, less than a third of the 62,000 two and three year olds eligible have been immunised so far in Wales – just 31%.

The current free vaccines are available from GPs but stocks will reach their expiry date during December and by early January at the latest, after which the likelihood of flu circulating is more likely. So parents who haven’t had their toddler immunised yet should act now.

Parents and children visiting the Santa’s grotto in Cardiff were told by Father Christmas: “Nobody wants to let flu ruin Christmas, a very special holiday that I know is all little boys’ and girls’ favourite time of the year. The best present you can give your toddler is a healthy Christmas.

“Parents can help prevent their 2 or 3 year old from falling ill and missing out on festive fun by booking them in at the GP for a free flu vaccination, which this year is in the form of a nasal spray rather than a scary injection.”

Santa also played the new online ‘Beat the Bugs’ game with some of his little visitors in Cardiff, which can be played online at the Beat Flu and Curwch Ffliw websites or Facebook pages.

Dr Zed Sibanda, consultant paediatrician at Royal Glamorgan Hospital, explained further: “Two and three year olds are particularly at risk of serious complications of flu for a number of reasons. Not least, their immune systems are not yet fully developed so they can’t fight off the flu as well older children and adults.

“Flu is easily spread within families and also, because of the nature of play groups, toddlers are often in very close proximity to each other where they are especially susceptible to any circulating germs. Vaccination can help to stop the spread by protecting individuals and creating ‘herd’ immunity.”

For most healthy children, influenza (or ‘flu’) is usually just as unpleasant for children as adults, and means a few miserable days at home.

However, parents should be aware that flu can sometimes result in serious complications, especially for young children or those with long term health problems, such as asthma, for whom it can even be life threatening.

As Dr Sibanda added, “Two and three year olds cannot understand and articulate if they are starting to come down with flu like symptoms – so flu might not be diagnosed until quite late compared to an adult who would be able to assess their own state of health more easily.

“This means more likelihood of potential complications and unnecessary suffering for the child. But this can all be prevented by one simple trip to the GP to for the nasal spray vaccination.”

The traditional ‘flu jab’ is also being offered free to other eligible groups such as those aged 65 and over, those in ‘at risk’ groups from six months of age with long term health conditions, plus all pregnant women.