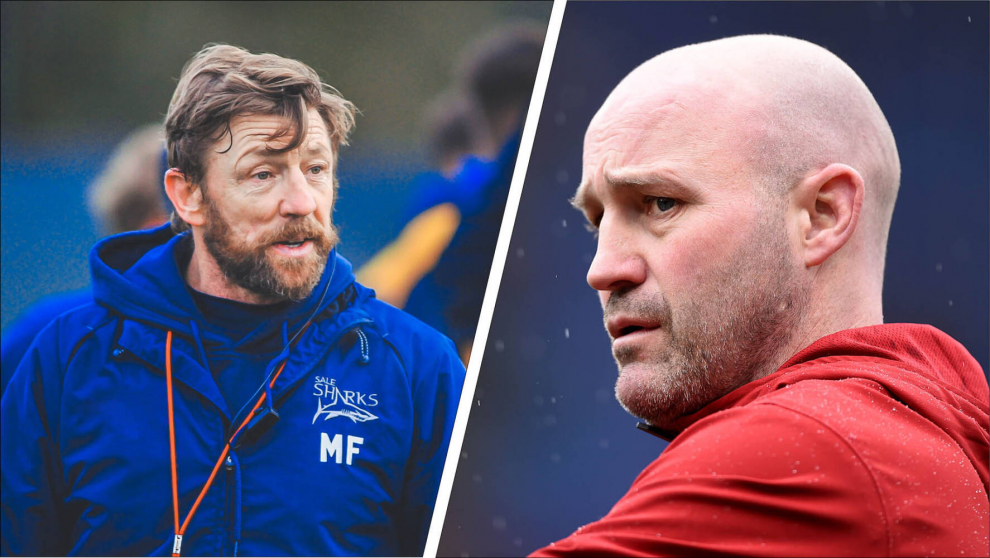 Alex King and Mike Forshaw have been appointed to Warren Gatland’s backroom team as attack coach and defence coach respectively.

King, a former fly-half who won five caps for England, previously served as Wales attack coach for the 2017 Six Nations while Gatland was on secondment to the British & Irish Lions. King spent the majority of his playing career at Wasps before a move to Clermont Auvergne, where he later transitioned into coaching helping the French side to their first ever Top 14 title.

King also aided Northampton Saints’ Premiership title win in 2014, before a move to Montpellier. His most recent role was as attack coach for Gloucester, a position he held for two seasons.

Forshaw joins Wales from Premiership Rugby side Sale Sharks where he has been defence coach since May 2013. Wigan-born Forshaw, a former dual-code player who was capped by England and Great Britain in rugby league, worked with Warrington and Wigan in Super League and had previously spent three years coaching with Connacht including helping the Irish province make its Heineken Cup debut in 2011.

In his playing career Forshaw represented Wigan, Wakefield Trinity and Leeds Rhinos before a short stint in union with Saracens. He returned to league with Bradford Bulls before finishing his playing career with Warrington Wolves.

“They both have plenty of experience as players and coaches, which will be hugely important to the development of the squad through the Guinness Six Nations and beyond. I’d like to thank Sale Sharks for their cooperation in the process and allowing Mike to take up this position with Wales.

“We have less than a month to our first Six Nations match against the number one side in the world which, as I’ve said before, is a great challenge to have first up and one that we are very excited about as a coaching group.

“Having our first match this Championship at home will be very special and I’m really looking forward to getting back out at Principality Stadium in front of the best fans in rugby.”

Commenting on his appointment King said: “I am immensely proud to be part of the Wales coaching team again.

“I thoroughly enjoyed my previous time working with the squad. There are some talented players in Wales, so I am really excited by this new opportunity and can’t wait to get stuck in.”

Forshaw added: “I’m really looking forward to the challenge ahead. I can’t wait to meet the players and start working with a really talented squad.

“I played in Cardiff in 2003 and it’s an incredible place to play rugby. I want to get these lads defending with real energy and I want them to be excited about their defensive work.

“If we can do that then I really think we can take some big steps as a team and achieve something special, because the talent is there.

“I had never met Warren before but he’s obviously one of the game’s great coaches. I spoke to him on the phone and I can’t wait to start working with him and getting to know him personally too.

“This is probably one of the only jobs that I would have left Sale for but I know that I’m leaving a club that’s going in the right direction. It’s a really special club and I’m excited to see what this group can achieve this season and beyond.”