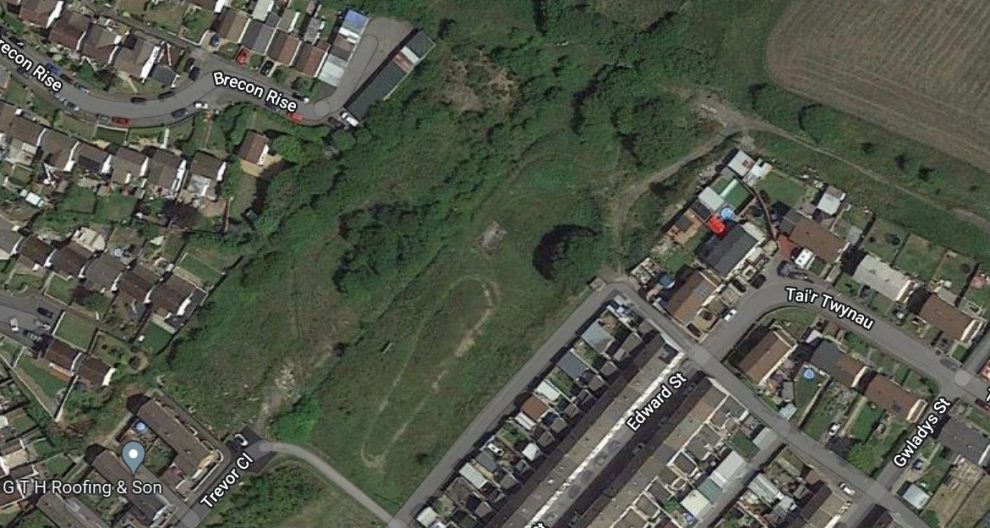 COUNCILLORS in Merthyr Tydfil have approved plans for 21 houses in the Pant area.

The application for 21 self-build plots on land to the rear of 53-83 Edward Street and 1-7 Tai’r Twynau was given the go ahead by the council’s planning committee on Wednesday, January 18.

The application was for outline permission and matters such as access, appearance, landscaping, layout, and scale have been reserved for future consideration so the application only looks to establish the principle of developing the site for a residential purpose.

Planning permission was previously granted for 28 houses on the site in 2011.

A site plan submitted suggests that 12 plots could be located along the north-west boundary of the site, which would back on to a large retaining wall that serves the garden boundaries of Brecon Rise.

It said the remaining nine plots could be located adjacent to the south-east boundary backing on to the adjoining lane and that three of the plots could also be orientated to the south-west towards the public open space.

The planning report said that access to the plots could involve extending Trevor Close through the centre of the site to the north-east with the majority of the proposed dwellings fronting onto the new road.

It said this would result in the loss of the existing hammerhead in Trevor Close, which is used for turning and as an area for residents to park.

The submitted plans suggest the houses could be set back from the new road with at least two parking spaces provided on driveways and that the existing watercourse that extends through the centre of the site could be culverted and a landscaped corridor provided.

An “ecological buffer zone” is also suggested along the north-west boundary and that the woodland/scrub vegetation in the north-east corner of the site could be retained.

The proposed site is an area of vacant grassland, which is roughly rectangular in shape measuring approximately 1.15 hectares, the planning report said.

It added that the land has not been managed for some time, which is evident by the overgrown appearance of the majority of the site and that this is particularly obvious along the north-west and north-east boundaries where there are also a number of trees and dense vegetation.

No representations were received in response to the public consultations on these plans.

In recommending approval the council’s planning officers said that “the principle of the residential development is acceptable and it has been adequately demonstrated that a suitable scheme could be developed without having an adverse impact on the site or the surrounding area”.

They added: “Therefore the development is acceptable and complies with the relevant LDP policies.”

In terms of the Section 106 contribution from the developer, Palace Homes (Wales) Ltd, the planning report said a financial contribution towards affordable housing and improved play provision was previously secured as part of application for 28 houses which includes half of the application site.

It also said that the contribution towards the improvement of the existing playground has already been provided given that some ground works had started at the time.

The report said that this application, if implemented, would essentially supersede the previous permission so the contribution towards improved play provision has been included in the viability assessment of the current proposal.

As well as the financial contributions, the report said that the proposal includes the provision of a parking layby (opposite Trevor Close) with six parking spaces which would be available for local residents and could be secured by condition before construction works start on site.

Councillor Declan Sammon, a member of the committee and local councillor for Dowlais and Pant, said it will be nice to see this long awaited development go ahead.

He welcomed the fact that new car parking provision is being provided for existing residents and that the path alongside the site will be kept.