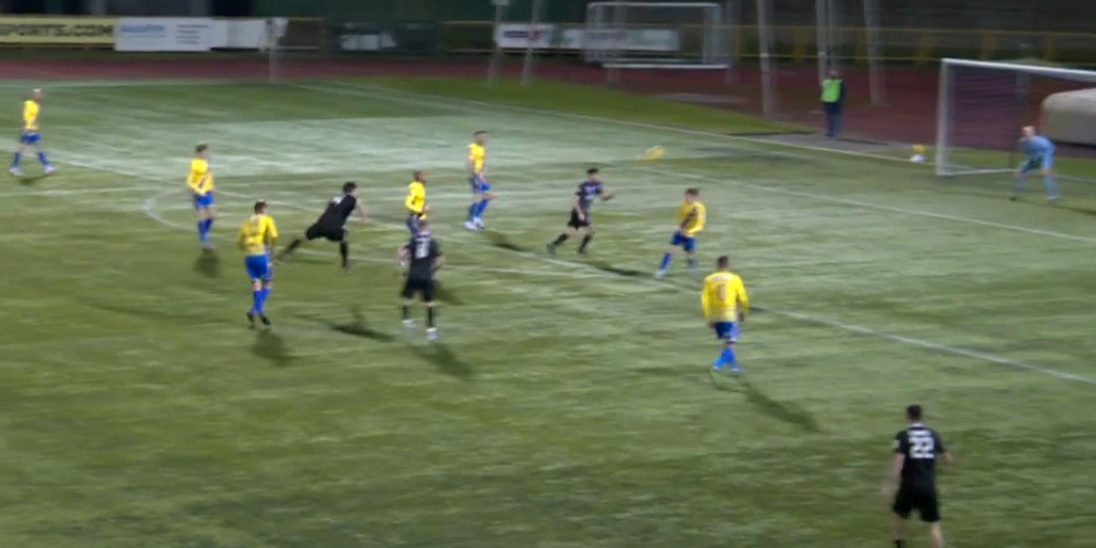 PENYBONT jumped above Barry Town United in the JD Cymru Premier table on Tuesday night (Mar 9) as they earned a 1-0 win at Jenner Park.

The Bont now sit fourth, above Barry on goal difference, and the win gives them further confidence of finishing in the top six at the end of the first phase the season.

The visitors had an early free kick which captain Kane Owen sent into the box from the right but Barry’s Curtis McDonald got his head to it to send the ball over with Bont’s Billy Borge waiting to pounce had he missed his header.

With twenty minutes gone David Cotterill sent an inviting ball into the box but Nat Jarvis didn’t get enough on his header and Bont keeper Ashley Morris made an easy save.

Bont had another chance when Dan Jefferies did well under pressure to pick out Owen but he sent his volley high over the bar.

Five minutes before the break the visitors came close when Mael Davies sent a cross into the box but Kostya Georgievsky headed straight at Barry keeper Mike Lewis.

Some good play between Owen and Davies then set up Lewis Harling but he curled a shot over the bar.

The half time went with neither side able to find the all-important first goal.

There was a cagey start to the second half as both sides got forward but neither were able to create any clear cut chances.

With 63 minutes gone, Clayton Green and Georgievsky challenged for the ball but Green was shown a straight red card as he appeared to lead with his studs.

Barry manager Gavin Chesterfield was unhappy with the decision and he was shown a yellow card for his protestations.

Moments later, Mael Davies sent a curling effort towards goal but the Barry keeper was right behind it and made the catch.

The only goal of the game came with just over ten minutes still to play as Bont sub Sam Snaith beat off a couple of defenders before firing a rocket shot into the net, leaving the Barry keeper with no chance.

Lewis Harling then tried his luck from range but he sent his effort wide of the goal.

Despite being down to ten men Barry searched for an equaliser but saw Luke Cooper volley over the bar with five minutes to go.

Four minutes of stoppage time were added by the officials and in the first of those, Barry very nearly snatched a goal.

A cross to the back post found David Cotterill and he passed for Jamie Bird on the six yard box but Bont keeper Ashley Morris made an excellent save to keep his side in front.

Penybont held on for the win and they will be full of confidence going into Saturday’s (Mar 13) game against league leaders Connah’s Quay Nomads.

Barry Town will look to get back to winning ways on Saturday as they host Aberystwyth Town.

Sophie’s passion for the power of fostering alters career path