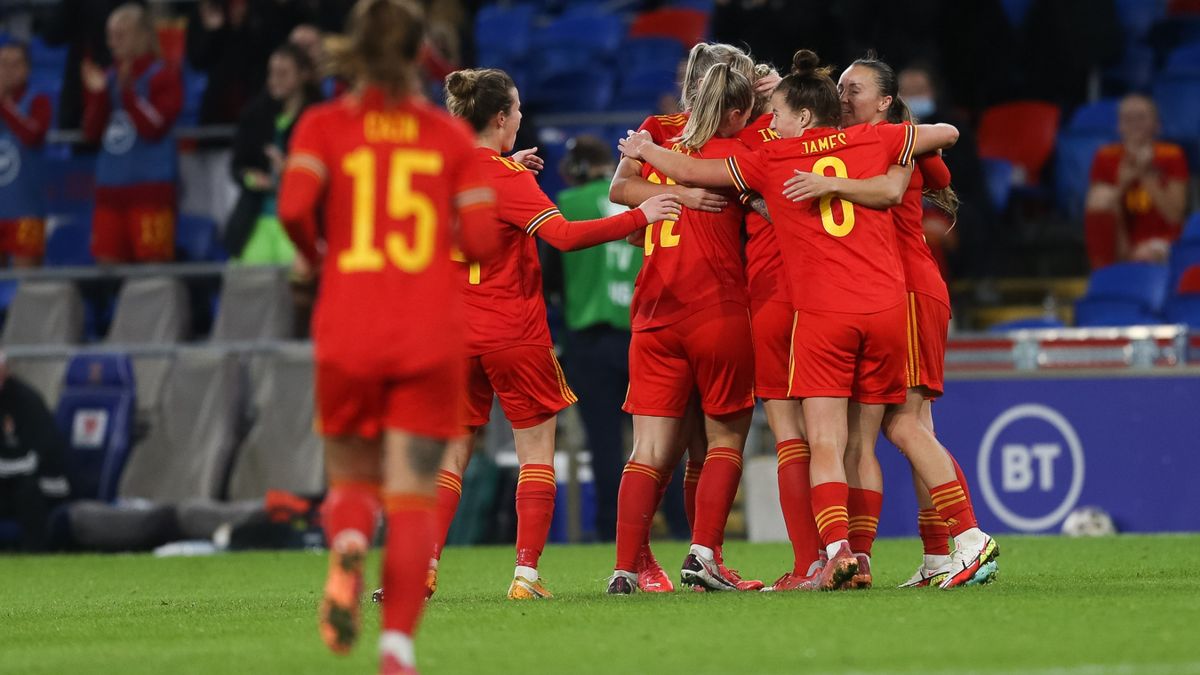 The women’s Wales football team travel to the Stade de Roudourou this evening to face France in their final World Cup qualifier game of this year – a match that will decide the group leader going into the second half of the qualifiers in April 2022. The game kicks off at 8:10pm.

Wales currently sit second in Group I with 13 points after 4 wins and 1 draw – undefeated leading up to this game. Gemma Grainger’s side have only conceded once in their campaign so far, the best in their group.

Wales come into this game having thrashed Greece 5-0 last Friday, with goals from Sophie Ingle, Kayleigh Green, Ceri Holland (2) and Natasha Harding. Prior to that – they thumped Estonia for 4 and edged a 1-1 draw with Slovenia, as well as beating Kazakhstan 6-0. It’s safe to say that this Welsh side is full of confidence at the moment, but face an extremely good side in the French.

France are also undefeated with 5 wins in 5, and have scored over twice as many goals as Wales with 35 – yes that’s 35 goals in 5 games. Their results over the campaign include a 5-0 and 6-0 win of Kazakhstan in their last two games, an embarrassing 11-0 victory of Estonia and and 10-0 win over Greece. Wales have got to be brave in this matchup to avoid being on the other end of a double figure defeat.

Wales are yet to face France in the campaign, as their second leg is due 8th April 2022 – so this will be the first time these sides have met since April 2012. In that game, France defeated the Red Dragons 4-0, where France led 2-0 by half time, and had no struggle in finishing off the Welsh by full time with little breathing room for our home side.

The current Wales side is covered in talent across the pitch, with big names such as Jess Fishlock, Sophie Ingle and Ceri Holland all likely to start. It will be important for the Welsh to press fast and high against this French side to win the ball and drive up the pitch to star striker Kayleigh Green, who has scored 4 goals in 5 games so far this campaign.

France’s Marie-Antonette Katoto is joint second top scorer in the qualifiers so far with 9 goals in 5 games. She will be lethal tonight – with teammate Kenza Dali (joint 4th top assister, 5 assists and 3 goals) to her left.

It is likely Wales will have to adopt a more defensive approach coming up against a French side that have the most goals scored out of all the European teams in qualification. A five at the back may be utilized with even more emphasis on holding midfielders in order to prevent France from breaking through, who use a have used a 4-3-3 in their double figure wins. Wales are still undefeated though, showing their versatility and fight for results.

Ban smoking on the high street to save lives says charity