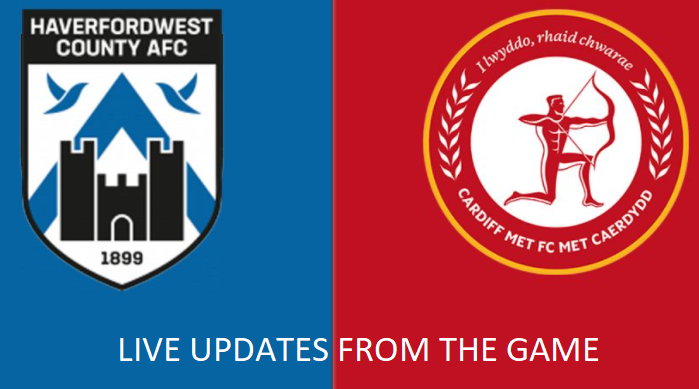 Both sides were playing their first games since December after a rise in coronavirus cases forced the league to be suspended.

Both sides took the knee before the game

Cardiff Met had the first opportunity three minutes in as a cross from the right fell to Tom Price but he saw his shot blocked wide for a corner.

Moments later another cross from a similar position caused more panic in the box but Lewis Rees shot into the side netting from a tight angle.

The Bluebirds had a couple of crosses

There was an early yellow card for Emlyn Lewis as he put an arm out to stop Ben Fawcett’s break. From the resulting free kick the ball fell to Alaric Jones but his shot was tipped wide for a corner.

Scott Tancock then came close from the corner but his header went straight into the arms of the Cardiff keeper.

Midway through the first half, Danny Williams intercepted the ball for the Bluebirds in the middle of the field and he passed to Ben Fawcett who saw his shot pushed wide.