Home > Sport > Rangers win it at the death
Football

Rangers win it at the death 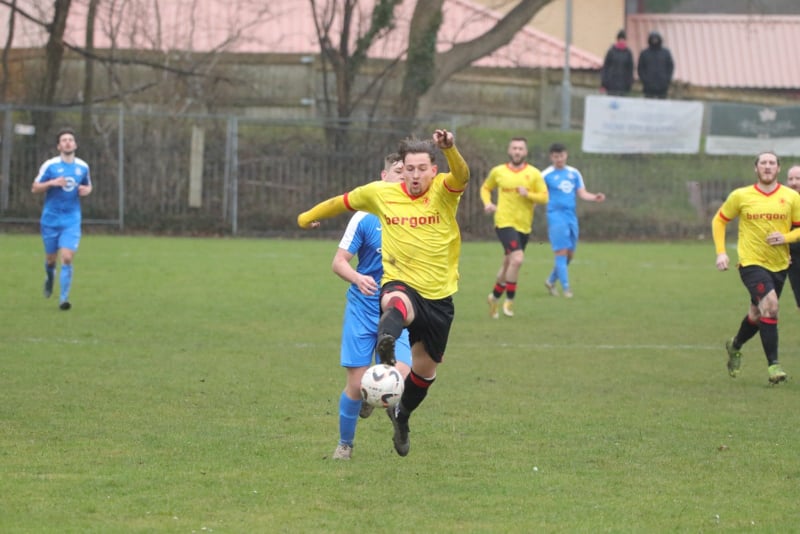 On a rainy, blustery afternoon at Dafen Park both teams produced a highly competitive game which was in the balance right up to the final whistle.

Rangers got the start they wanted as early as the eighth minute when Elliot Smith latched on to a defence splitting pass from midfield and struck the ball into the back of the “Bluebirds” goal net, 0-1.

Rangers should have doubled their lead not long after when Mumbles Rangers Captain Chrissy Allen found himself one on one with Dafen goalkeeper Ryan Blakeway.

Allen tried to place the ball wide of the keeper but Blakeway pulled off a good close range stop with his legs.

Both sides continued to probe each others defensive lines but couldn’t find a way through.

Mumbles Rangers were forced into a change seven minutes before the break when their influential dynamo midfielder Jordan Lloyd-Evans had to be substituted due to injury with fellow midfielder Sam Evans coming into the game.

At the interval Rangers held a slender advantage 0-1. The second half saw Mumbles Rangers having to make a further re-shuffle to their midfield as Rangers vice captain Jake Simeone didn’t re-appear due to injury and was replaced by Tom Jones.

Anyone in football knows that a one goal to nil lead is precarious and this proved to be the case once again when with only two minutes played into the second half the Bluebirds equalised.

Dafen’s central defender Keri Evans was first to react when Rangers goalkeeper Callum Andrews could only parry a save into the path of Evans who scored from close range.

Dafen picked up new energy from their goal and the game became even more frantic as both sides tried to gain the ascendancy.

Rangers striker Chrissy Allen came close to restoring his sides lead but could only watch as his flick of the ball bounced off the crossbar and away to safety. Rangers were pushing forward at every opportunity but were met with a strong combative Bluebirds defence.

Rangers back line also had to be on their toes to stop the dangerous counterattacks of the home team.

Rangers fullbacks Jay Lloyd-Evans and Declan Banfield did well to clear their lines. As the clock counted down and deep into stoppage time it looked as if both teams were going to come out of the game with a point apiece.

In the last minute of added time Rangers Tom Jones broke away wide on the right and as the ball was played into the Dafen penalty area it was Rangers forward Elliot Smith who battled a couple of times to gain possession of the ball and through his sheer determination proceeded to turn on the ball and angle a low cross shot into the bottom corner of the “Bluebirds” net to make it 1-2.

There was no time for Dafen to respond as the final whistle blew and Rangers celebrated the last gasp win and claimed the points.