Home » Emlyn made to work for win over battling Pembroke 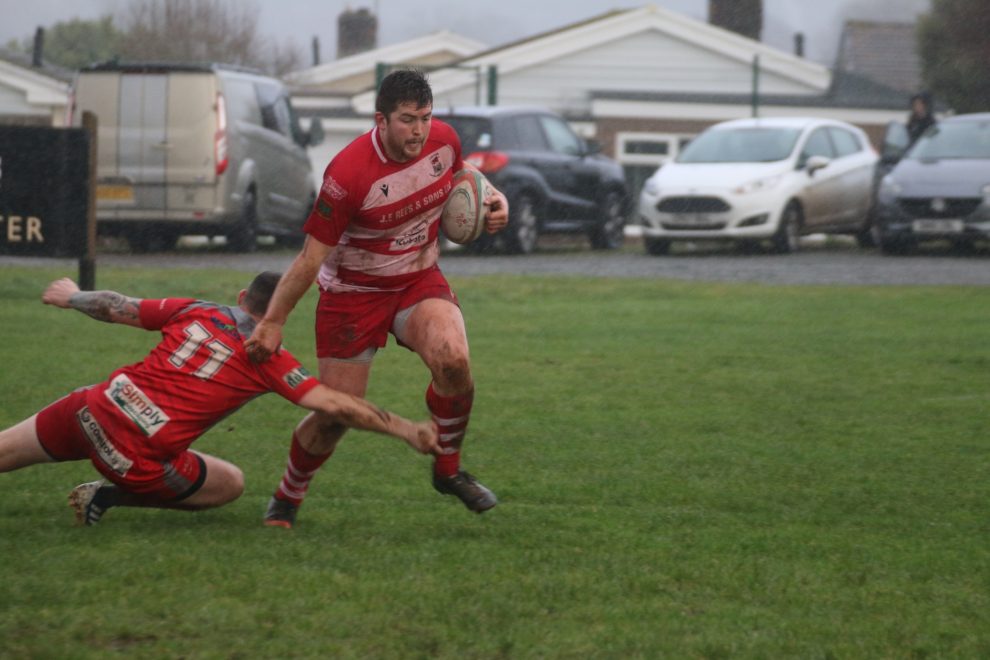 NEWCASTLE EMLYN remain in second place in the League 1 West table after their 55-18 win over Pembroke on Saturday (Jan 7).

Prior to the game a minutes silence was held in memory of Pembroke club stalwart Basil James who had sadly passed away.

Despite the scoreline, the visitors did not have it all their own way. Pembroke battled well and were well in the game with the score at 18-24 early in the second half.

However, two yellow cards proved costly and Emlyn pulled away to secure their sixth win of the season.

Dion Jones, Aled Davies and Alex Williams all scored tries for Emlyn as they built up a 19-3 lead after the opening 25 minutes. Two conversions came from the boot of Shaun Leonard.

Pembroke also defended well as they were able to keep Emlyn from scoring when close to the try line on one occasion.

Gethin Davies added a further try for Emlyn but tries either side of the break from Pembroke’s Travis Mathias, Dan Gosnold and Shane Rossitter kept them in the game.

Rossiter scored an excellent try as he intercepted the ball and ran on to touch the ball down. That brought the score to 18-24 and with three tries to their name, a bonus point was on the cards.

However, the two yellow cards disrupted their play and Emlyn were able to take advantage.

The win for Emlyn sets up an exciting top of the table clash at leaders Crymych on Saturday, January 14.

Pembroke will travel to Llangennech looking to build on their performance from this game.