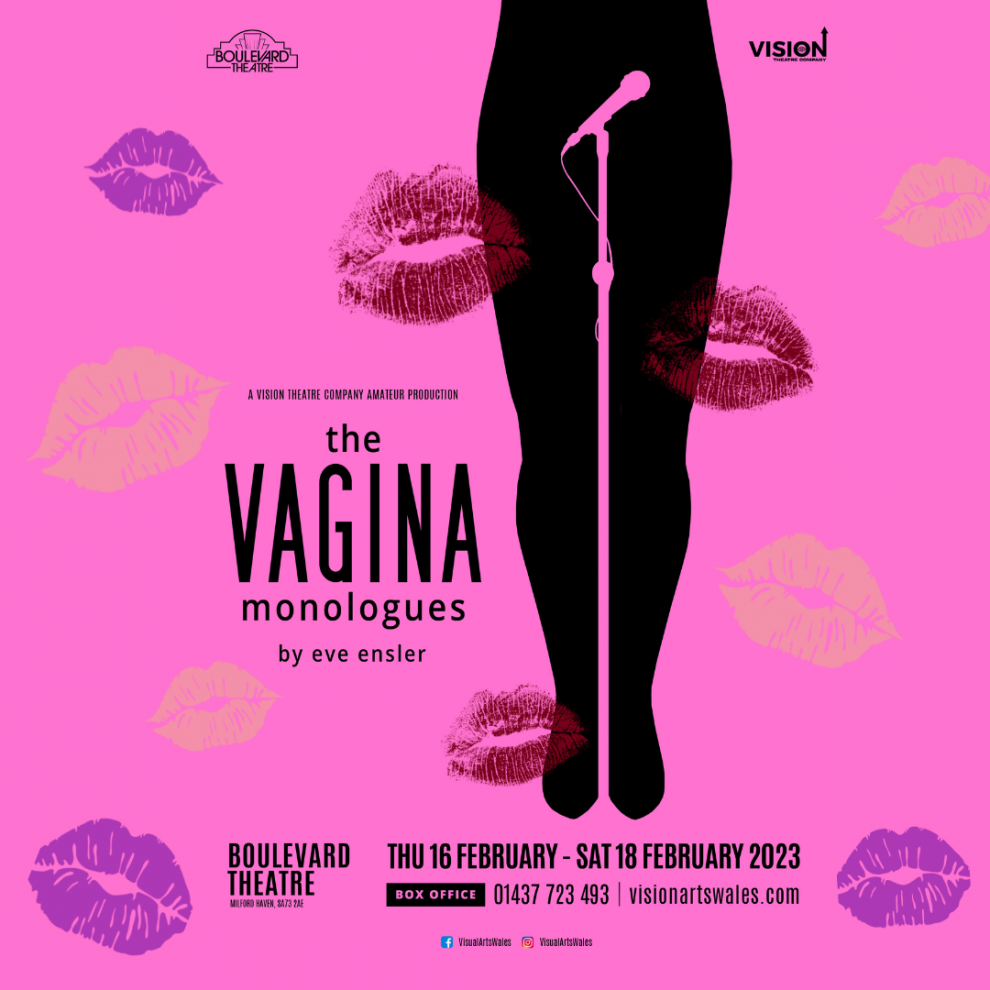 TO MARK V-Day – which promotes awareness of violence against women – Vision Theatre Company is joining forces with Action for Children’s Women and Girls Together Service – in a performance of The Vagina Monologues.

Directed by Terri Harrison, The Vagina Monologues is seen as the cornerstone of the V-Day campaign – and is a critically-acclaimed, bittersweet, female-led production comprising various personal monologues read by a diverse group of women.

Originally, the playwright Eve Ensler performed every monologue herself, with more recent versions featuring a different actress for every role – including, over the years, a wide group of household names like Glenn Close; Sally Lindsay; Lesley Joseph; Goldie Hawn; Joanna Page; Hayley Mills and Jessie Wallace.

Each of the monologues deals with an aspect of the feminine experience, touching on matters such as sex, sex work, body image, love, rape, menstruation, female genital mutilation and birth.

A recurring theme throughout the piece is female empowerment. Every year a new monologue is added to highlight a current issue affecting women around the world. In 2003, for example, Ensler wrote a new monologue, called Under the Burqa, about the plight of women in Afghanistan under Taliban rule.

In 2004, Ensler also wrote a monologue called They Beat the Girl Out of My Boy. . .Or So They Tried, after interviewing a group of women whose gender identity differed from that assigned at birth.

Every V-Day thousands of local benefit productions are staged across the world to raise
funds for local groups, shelters and crisis centres working to end violence against women and so at the end of each Vision Theatre Company performance there will be a bucket collection for Action for Children’s Women and Girls Together Service.

Said director Terri: “To be directing and performing this unique and powerful piece of theatre is really quite exciting.

“It goes without saying that each cast member is also feeling empowered and privileged to be given this opportunity.

“It’s unlike anything I’ve ever been involved in and has such a strong message.

“It is a production made up of varying monologues that have been written as a result of interviews with REAL women expressing their REAL experiences down there. The way they are told will hopefully have the audiences laughing and crying, but sometimes shocked.

“The clue is in the title The Vagina Monologues as to the main subject matter, for which you will hear many common names, pet names and some not-so-well known names too!”

The show runs at Boulevard Theatre, Milford Haven from February 16-18. Tickets are available from www.visionartswales.com

Committee kicks Haverfordwest transport plans back to Cabinet
Carmarthen MP interview: Jonathan Edwards on the last two years of his life and what happens next