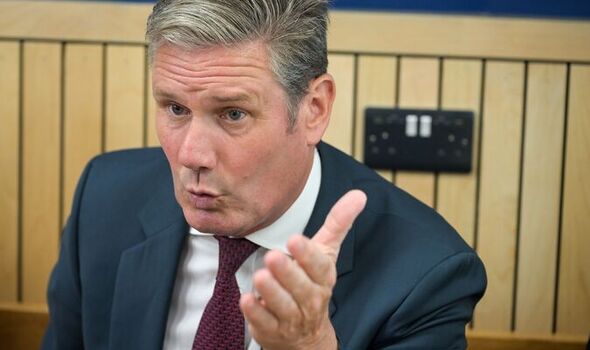 Kudos to Boris Johnson, a man who this week demonstrated his unerring instinct, when finding himself in a hole, to call for a JCB and some dynamite.

On Tuesday, the Prime Minister appeared in Parliament to present Sue Gray’s first attempt at a report into ‘Partygate’; an occurrence so momentous and long-anticipated as to have taken on something of the apocalyptic flavour of The Rapture. Like The Rapture, though, it failed to materialise in any particularly satisfactory form.

Gray’s skeletal report –heavily redacted at the request of the Metropolitan Police– showed that there had been parties when there shouldn’t have been parties; that staff in No. 10 Downing Street sometimes went out into the garden, and, disgracefully, that ethyl alcohol in beverage form was consumed, sometimes in quantity, by people working there.

Some of them weren’t prepared to wait. A Tory MP called Aaron Bell, who drove hundreds of miles in lockdown to his mother’s funeral where he wasn’t allowed to hug his siblings, asked if Boris thought him a fool (if Boris survives the next couple of weeks, the answer to this question will be ‘yes’). Theresa May peeled aside her trademark mask –worn less as prophylaxis against Covid-19 and more to give Boris the disconcerting and correct impression that she is plotting something– and thinly, drily asked whether Boris hadn’t understood the rules, or whether he understood them and though they didn’t apply to him: ‘Which is it?’

We all know which it is, Boris knows full well which it is, and the continued accurate sniping from his own side made him tetchy. And when Boris gets tetchy, he loses the last of what passes for his judgement.

Because he couldn’t very well lay into his Tory critics in the full view of the opposition, he laid into opposition leader Keir Starmer instead. And because Boris’s ‘lawyer not a leader’ gag went down well with the troops last week, he doubled down on it, slagging Sir Keir off as someone who as Director of Public Prosecutions ‘spent most of his time prosecuting journalists and failing to prosecute Jimmy Savile’.

This time, Boris died on his feet. No-one laughed. It didn’t elicit the traditional token roars of canned enthusiasm that accompany an embattled PM fighting his way through a tricky PMQs. The opposition benches looked like a living Bateman cartoon, and the Tories looked horribly embarrassed. It was a pity Theresa May’s mask made her expression inscrutable.

Finding anyone to back Boris up in the Savile slur has been tricky. The next day, henchman Dominic Raab said it was all part of the cut and thrust of PMQs but that he couldn’t substantiate it, and no, in a TV studio and without the protection of Parliamentary Privilege, he didn’t care to repeat it. Boris hasn’t apologised, choosing instead to say that he ‘stands by’ his remark.

It was foolish of Boris to attack Keir Starmer with the Savile slur, not least because it masks Starmer’s real failings as DPP. Unlike his predecessors, he had a motor-mouth, self-promoting relationship with the press that led to inaccurate, sensationalised reporting of (often minor) changes to guidance. Then, as now, he was incapable of self-deprecation and so lacked humour that the faculty appeared at some point to have been surgically removed from him.

It was (according to a report in The Observer) Starmer who personally refused to drop the ‘Twitter joke’ case. In 2010, an individual called Paul Chambers, frustrated at delays to a flight, tweeted ‘Crap! Robin Hood airport is closed. You’ve got a week and a bit to get your shit together otherwise I’m blowing the airport sky high!!’

Informed observers could tell this wasn’t a serious menace. Recognised terror organisations, even competent lone wolves, don’t usually start their menaces with the word ‘crap’. They don’t offer their victims the chance to escape attack by getting their shit together within a reasonable period. They don’t undermine the sinister and blood-curdling effect of bomb threats by punctuating them two exclamation marks.

It’s right that if Chambers had screamed these words at the front of a check-in queue, in the hearing of thousands of terrified passengers; and particularly if accompanied by ecumenical reference to the greatness of God, he would have been committing an offence. But context is everything, and Chambers’ tweet couldn’t have been more obviously a joke if someone had tapped a cymbal at the end of it. The High Court thought so, and acquitted him.

Worse, though, was the part Starmer played in encouraging the biggest idiots in British policing to launch the Kafkaesque campaign of persecution known as Operation Midland.

The guidance said that rozzers were obliged to believe him, and so they did. At first, anyway.

Badger and a question of priorities