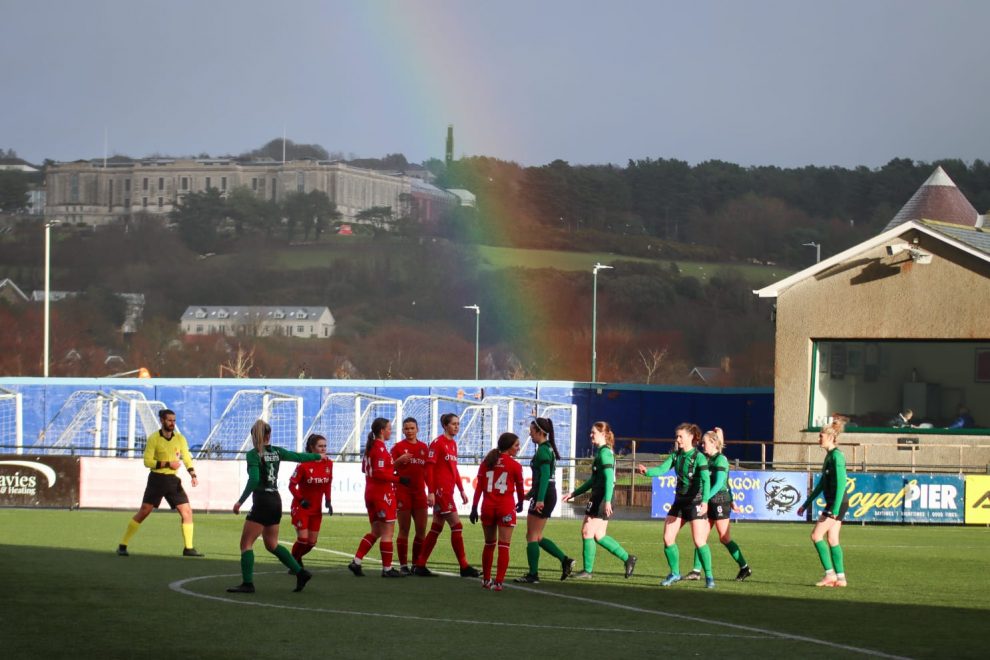 AMY Jenkins led Aberystwyth Town Women to their second cup semi-final of the season as they beat Wrexham AFC Women 2-0 at Park Avenue in the Genero Adran Trophy.

Jenkins – the daughter of much-loved coach Kevin ‘Bones’ Jenkins, who passed away over the weekend – was captain for the day. It was appropriate that it was she who scored the opening goal in the 37th minute, sliding the ball home past Delyth Morgan.

It was a highly emotional occasion, with the players wearing black armbands, and with a minute’s applause in recognition of Bones’s life ahead of kick-off.

Bethan Roberts added the second just after half-time – and manager Gav Allen was proud of the team to put in such a performance on such a sad day.

“I am so proud of the strength Amy has shown,” he said. “She knows that we are here for her.

“When Amy scored, there was a rainbow. Someone was definitely looking down on her. I’m sure, 100 per cent, that he would be over the moon with us today.”