HAVERFORDWEST ROTARY CLUB recently held the first heat for the Great Britain Rotary National Young Musician Competition. There were five entries for Instrumentalist and four for vocalist. Each competitor had to play two contrasting pieces. Held in Tasker Millward Lower School Hall, the appreciative audience were thrilled with the standard shown by the young musicians, who were all aged 17 or younger.

The panel of judges were Helen Danzey, Peter Allen and Rotarian Glan Phillips who carried out a difficult task and commented on the high standard. The winning Instrumentalist was Daniel Jones on the flute. His music selection was Hypnosis by Ian Clarke and the 3rd Movement of Mozart’s Flute Concerto in D Major. Daniel is a student at Tasker Millward School and lives in Neyland. The winning Vocalist was Rowan Staden-Coates who sang a piece from Phantom of the Opera ‘Wishing you were somehow here again’ and ‘Pie Jesu’ by Faure.

Rowan is a student at Sir Thomas Picton School and comes from Treffgarne. Runners up were Instrumentalist Charlie Scarr from Pembrokeshire College who played the drums and Vocalist Megan Thomas from Tasker Millward School. The winners now go forward to a Pembrokeshire final to be held at the end of next January. President Derek Lloyd presented all competitors with a certificate from Haverfordwest Rotary Club and discount vouchers supplied by Musicians World, High Street, Haverfordwest. Derek Lloyd said: “I am thrilled with the standard of Musicianship that we have seen tonight and delighted that the club have been able to organise this event for the first time. “My thanks to Helen Lewis and the staff of Tasker Millward School for hosting the competition and all the students who took part. We hope to run this again next year’. 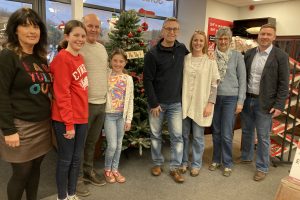 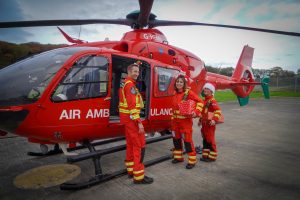