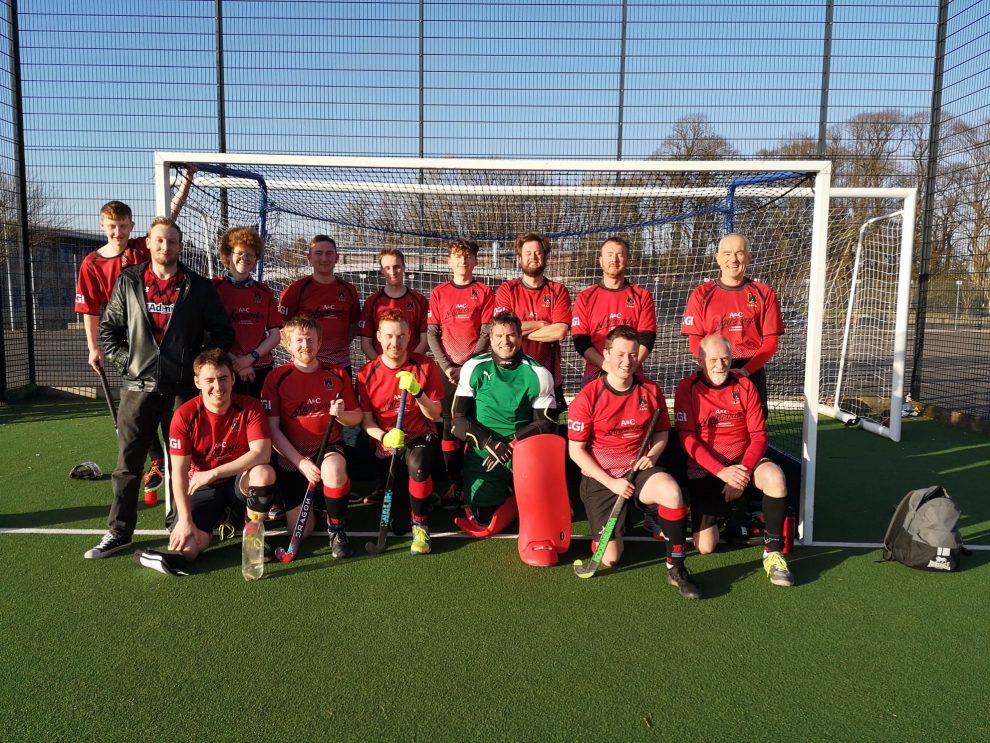 A LONG period of inaction for Carmarthen Athletic’s men’s team came to an end this past weekend as they welcomed Fishguard to Johnstown.

With their cup semi-final rescheduled due to Storm Eunice and no midweek training due to the storm’s damage, Carmarthen were ecstatic to be out playing once again.

The match conditions proved favourable on the day and both teams took full advantage, playing at a very high tempo, and exchanging prolonged periods of pressure.

Fishguard tested Carmarthen’s defence several times before an untidy scramble in the area resulted in an opening score.

Just before the interval, Carmarthen thought they had equalised from a ball into the D from Osian Evans being touched in by top scorer Tom Ferguson. but their goal was disallowed as the umpires judged that Ferguson had not made contact.

The game opened up further in the second half, as both teams exchanged further chances. Fishguard doubled their lead through a clinical finish from a penalty corner, and despite some industrious play from Carmarthen, they couldn’t find a goal before the full time whistle brought proceedings to a close.

Whilst a disappointing result, Carmarthen will have plenty of positives to take away from their performance, in a game decided by razor thin margins.

Man of the match went to Lee Richardson for his overall effort and work rate through the game.

Carmarthen head to Pencoed next week to challenge Bridgend 3s, who are also their cup opponents in the rescheduled semi final. Having won the home leg of the league matchup 1-0, and beaten their 4s twice already, Carmarthen look to complete a clean sweep of both Bridgend teams in the league with a win on Saturday.