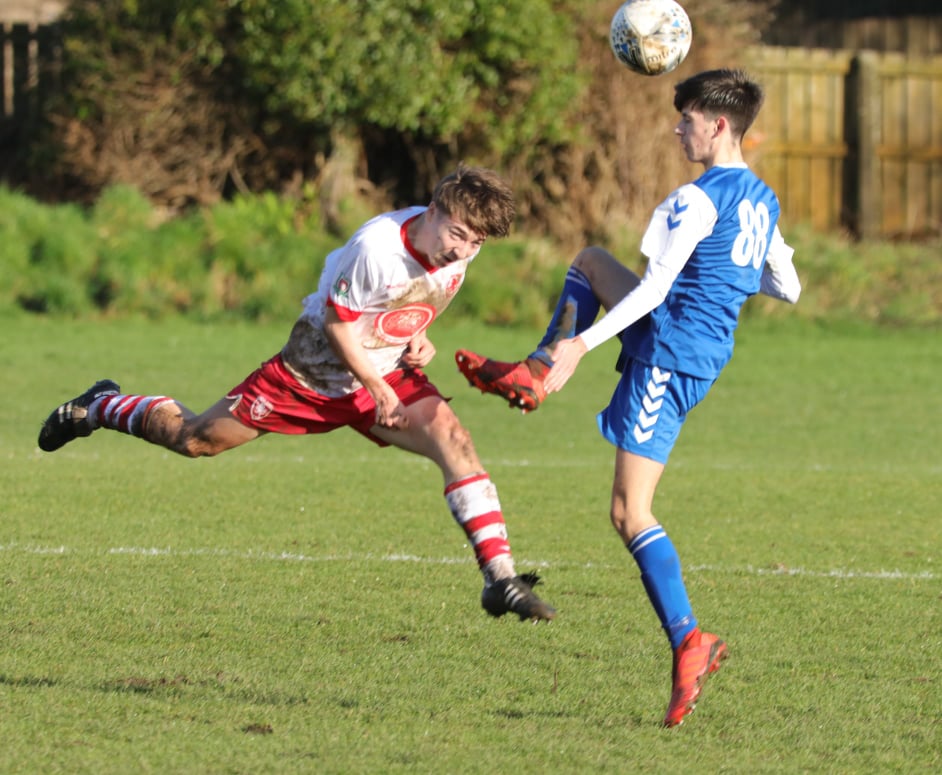 MUMBLES Rangers faced a strong breeze in the first half of this West Wales Premier League game away to CK Swiss Valley on Saturday (Jan 29).

Rangers had the better of the first half chances but couldn’t find the finishes which their play deserved.

At half time the game remained goalless 0-0 with Rangers hoping they wouldn’t be punished in the second half for not taking their chances.

Rangers needn’t have worried as four minutes into the second half they were awarded a free kick wide on their left side. Jordan Lloyd- Evans took the free kick from distance.

The home defence cleared the ball out but straight back into the path of Jordan Lloyd-Evans who was still some twenty-five to thirty yards out from goal. Jordan Lloyd-Evans took aim and with the pace still on the ball hit a pile driver of a shot which flew over everyone and rocketed into the net, 0-1.

This was the spur that Rangers needed and three minutes later Rangers vice-captain Jake Simeone with his back to goal spun around with the ball and losing his marker by doing so. He struck the ball into the net to double Rangers advantage to make it 0-2.

To their credit CK Swiss Valley were battling well to get themselves back in the game but the game was virtually wrapped up when with just over an hour played. The home team conceded a hand ball from an acrobatic overhead kick from a Rangers attack.

Up stepped Rangers Captain Chrissy Allen who despatched the ball into the opponents’ goal to extend Rangers lead 0-3.

With some eighteen minutes to play Rangers’ Jake Simeone played team mate and debutant Colin Harris in on goal. Harris looked up and lobbed the ball into the back of the Swiss Valley net, 0-4.

Rangers played the remainder of the game out and will be pleased with the win and keeping a clean sheet.

Rangers Manager Eirian Rees and his coaching staff will be very pleased with his team’s efforts and keeps up the momentum in the West Wales Premier League.