Home » Can council be trusted with town centre cash? 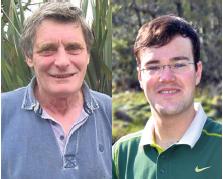 COUNCIL OFFICERS, whose ineptitude led to a police investigation into allegations of fraud, are to have a hand in managing a further sevenfi gure project in our county. Unaffi liated councillors have expressed concern about the potential for a repeat the questionable practices which are currently subject to a Dyfed- Powys Police inquiry. On Monday (Jan 5), the Cabinet will receive a report that the authority has secured a £1.25m Welsh Government loan to fund town centre regeneration schemes. The funding forms part of the Welsh Government’s ‘Vibrant and Viable Places’ (VVP) town centre regeneration programme. The Council applied for VVP funding which was not successful, but the Welsh Government has made available loan funding to four local authorities, including Pembrokeshire.

The report on the loan, which is to be considered by Cabinet on Monday, glosses over the chequered history of the Council’s involvement in similar schemes in the past. The report blandly states: “The Audit Committee has recently reviewed the delivery of a property related grant scheme – the European funded Commercial Property Grant Scheme. It is proposed that these arrangements be replicated for the town centre loan fund.” The conduct of at least one offi cer involved in the delivery of the Commercial Property Grants Scheme was recommended for internal disciplinary action, while the report referred to Cabinet members but not provided to them also points out a series of abject failures by the offi cers concerned in that project’s administration. The management structure for the new project is a straight repetition of that which produced nothing but bad headlines for the Council for the last three years, with the addition of Cabinet.

Audit Committee member Jacob Williams expressed considerable surprise at the way in which the Cabinet paper permits the inference to be drawn that the Audit Committee approved or endorsed the chaotic management structures which led directly to a situation in which a Police investigation into allegations of possible fraud remains ongoing. Speaking to the Herald on Tuesday (Dec 30), Cllr Williams said: “The Audit Committee’s “fi ndings” were a shocking indictment of the way things were being run, yet they didn’t even scrape the surface. The Council’s administration was so horrifi cally poorly managed that even a cursory examination of material by the Audit Committee fl agged up eyebrow raising goings-on.” Shortly after that investigation was launched, Cllrs Mike Stoddart and Jacob Williams provided evidence gathered from the documents to the then Director of Finance Mark Lewis. The material handed over suggested that a contractor had received preferential treatment in relation to one development in the Town Heritage Initiative. The same contractor and developer were concerned in other developments under the Commercial Property Grant Scheme After delay until after a Council meeting due to discuss the unlawful pay supplements made to its CEO, the Council referred the alleged irregularities to the Police and they continue to be under investigation. Concerns raised at the time that some of the fi les made available to Council members to inspect had been “fi lleted”, were sharpened when it emerged that the Council’s European Manager, Gwyn Evans (no relation), who has overall responsibility for the Commercial Property Grants Scheme, had carefully re-written the record of grants panel meetings to suggest greater caution and scrutiny of proposed developments than was actually the case. Gwyn Evans has been the subject of the Council’s internal disciplinary procedure as a result. Jacob Williams concluded: “Hell knows what else the Audit Committee would have found if it was allowed to complete its investigation properly and in the way originally intended.”

The original intention of the Audit Committee, as revealed previously to The Herald by Cllr David Simpson, was to examine one project undertaken in the Commercial Property Grants Scheme as a test subject – 29 Dimond Street in Pembroke Dock – and see if any issues arose in relation to that project. It was then intended that the Audit Committee should move on to consider other projects to see if the same issues arose when they were subject to the same level of scrutiny. The Committee found issues aplenty, but its determination to continue with its probe by looking at other properties was thwarted by the intervention of senior offi cers, who were keen to draw a veil over the range and number of irregularities, and the incompetence and possible complicity of Council staff in those matters now under Police investigation. Senior offi cers’ intervention in the investigation contributed directly to the resignation of Audit Committee Chair, John Evans MBE in May 2014. When he left his position, John Evans MBE made it clear that he considered that council offi cers showed little “appetite for change” and said that he had been thwarted in his aim to bring openness and transparency to the way in which the Council operated. AN ONGOING SCANDAL While Jamie Adams’ allegedly “independent” group and senior offi cers are keen to avoid scrutiny, it was only at last month’s Council meeting that the Pembroke Dock grants issue raised its head again. The massed ranks of the “independent” group and the fl awed advice of Council offi cers could not thwart a motion by Cllr Mike Stoddart to allow Audit Committee members access to correspondence between the authority and developer Cathal McCosker, including the substance of negotiations that led to Mr McCosker offering to repay over £180K rather than allow access to bank statements proving that payments claimed were supported by a paper trail. When Council members reconvene in January existing Audit Committee members will now have the opportunity to fi nd out just how that £180K fi gure was arrived at and to which projects it relates.

The Council’s VVP application centres on a proposal to regenerate the Motorworld building, Charles Street, Milford Haven. The conceptual proposal for the Charles Street site is to demolish the current building and redevelop with a mixed use scheme which includes social housing and retailing. However, other town centre buildings and sites – re-development opportunities – could also benefi t from the loan fund. At the time the Council made its original bid, its scheme was made up of an ambitious plan to revitalise the Rath by creating a new lido-type development. In order to gain backing for those proposals, Milford Haven Central representative Stephen Joseph was induced to join Jamie Adams’ allegedly “Independent” group on the Council. The failure of the original bid appears to have put the kybosh on Cllr Joseph’s vision and replaced it with the Development Directorate’s preferred option of building bedsits in town centres.

Mike Stoddart told us: “Following the abject failure of the Grants Panel to adequately supervise the commercial property scheme in Pembroke and Pembroke Dock, I would have thought some more stringent method of assessing these projects might have been devised. “Having a Cabinet member along as a mere observer doesn’t seem to fi t the bill. “Perhaps the involvement of elected members with some experience of these matters would be a better way to assure the public that their money is being wisely spent.”

Resident disarmed knife-threat attacker
Council not in the dark
Comment