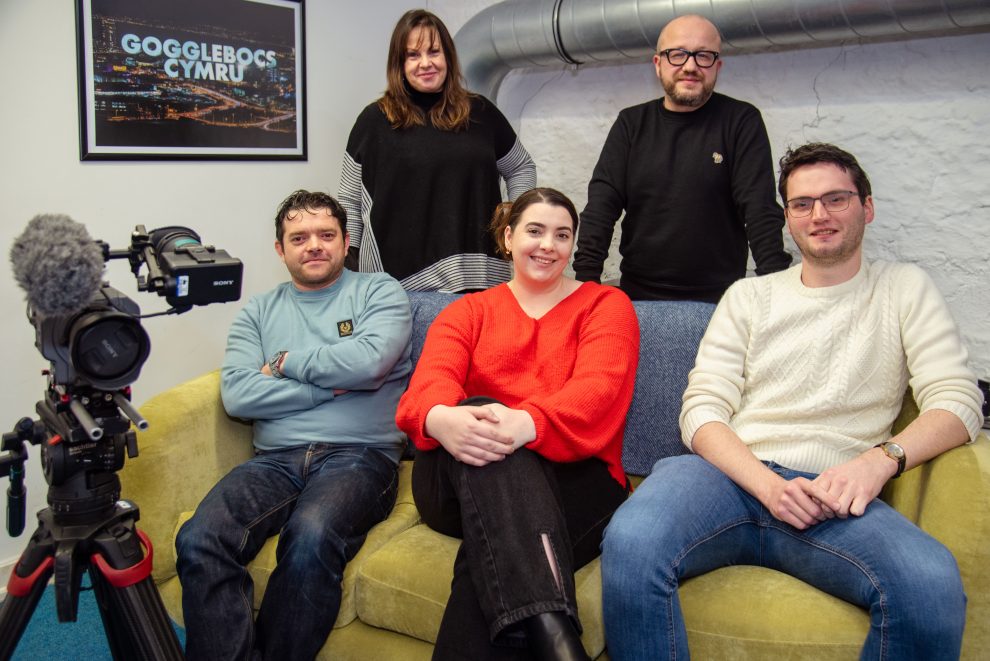 A BIG hearted TV production company has given all its staff a £500 bonus to help them ride out the cost of living crisis.

Caernarfon-based Cwmni Da, which made broadcast history four years ago when it became an employee-owned trust, makes some of the best-loved programmes on S4C.

According to operations director Bethan Griffiths, the well-being of the staff was always a major priority for them.

The bonus was a way of rewarding the commitment of the 53 people who work there at a time when the price of energy and food was soaring.

The company, founded in 1994, had gone from strength to strength since becoming a mini-John Lewis in 2018 and the team had responded heroically in navigating the problems caused by the pandemic.

As well as making programmes for other UK broadcasters like the BBC,Cwmni Da has a strong track record in award-winning international co-productions.

Ms Griffiths said: “We decided to pay the bonus in response to the cost of living crisis, with the cost of energy and food going through the roof.”

“The well-being of our staff is of utmost importance so we felt it was right and proper that we give them a helping hand to navigate the financial storm swirling around us.

“It was a way of showing the team that we understand how difficult things are for everyone at the moment and also to recognise their fantastic contribution in creating a prosperous future for all of us at Cwmni Da.”

Among the latest recruits is social media assistant producer Lauren Jones, 28, who started there 10 months ago.

She said: “I have settled in here brilliantly and the work is really interesting because I work on different projects so every day is different.

“The fact that Cwmni Da is an employee owned company makes a massive difference because it makes you more confident to give your opinion.

“The bonus is fantastic and it’s a big help because of the way things are at the moment with the cost of living.

“It also shows that the company values what we do and that is also hugely important.”

Equally delighted was director and associate producer Rhys Llwyd, 47, said: “In the current economic climate the bonus is very welcome. Anything extra is a help and it was a really nice surprise.”

Technician Owain Jones, 29, added: “It’s a great place to work and the fact that everyone has a stake in the company means you are committed to the cause.

“The bonus is tangible and a really nice way of showing appreciation to the team.”

Camera operator and sound technician Sion Bayley Hughes, 41, said: “The fact that the company has been put in our hands as employees means we all share responsibility and everybody has a voice. The bonus is a reward for everybody’s commitment.”

Ms Griffiths added: “Instead of just thinking about their own particular roles and the productions they are working on, they now take a more holistic view of the wider well-being of Cwmni Da and take ownership of what we do collectively.

“Everybody who works for the company has a voice and when we come to sharing profits each employee is treated equally, no matter what their role is within the company so the cleaner gets exactly the same as the managing director on a pro rata basis”.

“The amount you receive is based on the hours you put into the company, not the size of your salary or your job title.

“The fact that Cwmni Da is now owned by the staff means that we are even more deeply rooted in the community here in Caernarfon, providing well paid, skilled jobs and contributing to the local economy.