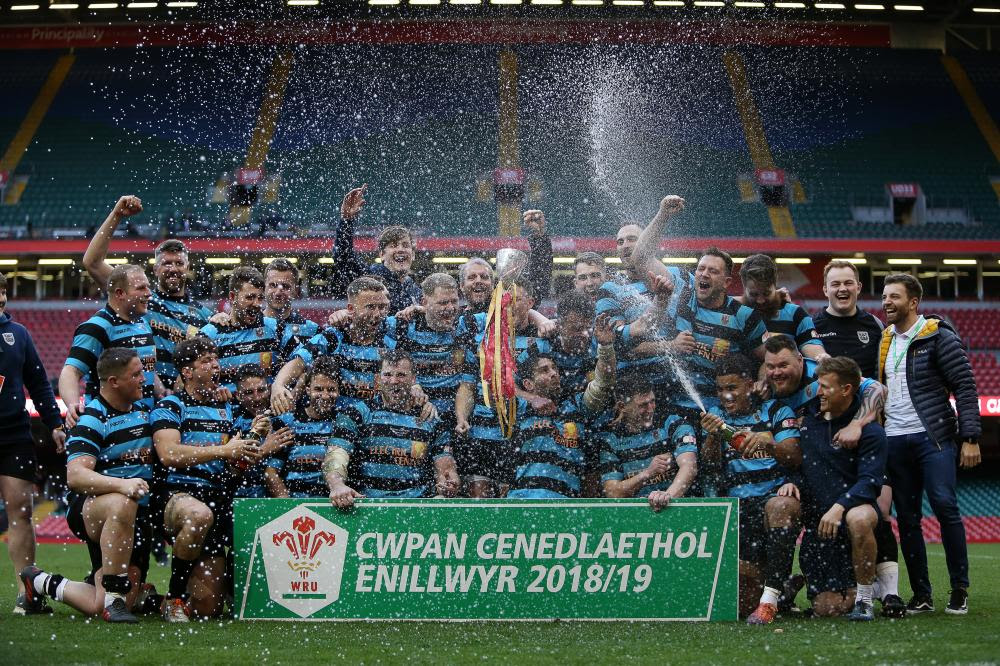 THE spectacular event, and a highlight of the community rugby calendar, the Road To Principality supported by official partners Papa John’s returns to Principality Stadium following a two-year hiatus.

Over 2,500 players will have the experience of their lives, as they get to compete under the bright lights of the home of Welsh rugby.  More than 60 schools, colleges, clubs and diverse teams from across Wales will participate in the 10-day long festival, which celebrates all that rugby has to offer.

The Road to Principality kicks off on Saturday, April 2, with a WRU Female Hub Festival which will see more than 1,000 girls from across Wales participate, to mark the start of the TikTok Women’s Six Nations 2022 and Wales Women’s first home game against Scotland at Cardiff Arms Park that afternoon.

Saturday 23rd and Sunday 24th April will be jam packed with action on the pitch. Saturday is the National Youth U18s Finals where teams play for the Bowl, Plate and Cup Finals.  Sunday is National Club Finals Day, which will see teams compete for the Admiral Championship Plate, the WRU Cup Finals and the coveted Indigo Premiership Cup Final, which will be broadcast live on S4C.

Geraint John, WRU Community Director says, “We’re delighted to be back at Principality Stadium this year, after what’s been a challenging period for everyone, players, coaches, referees, supporters, and all our fantastic volunteers.

“Road to Principality celebrates the achievements of players and teams throughout Wales and also demonstrates what a brilliant, inclusive sport, rugby can be with a Jersey For All.

“This event welcomes people and teams of all ages and disciplines, and to be able to showcase our community programme here at this magnificent stadium is something that we’re extremely proud of.

“I would like to thank all the staff and volunteers who work behind the scenes to bring this event to life, including our apprentices who will be there every day and evening under the leadership of Carl Scales and Anthony Palmer, without whom, this 10-day extravaganza wouldn’t be possible.

“As we prepare to kick-off with the opening event, the WRU Female HUB Festival this Saturday, I would like to give a final thanks to all our wonderful supporters, whose commitment to their local clubs, hubs, teams and schools will make this an unforgettable experience for everyone to enjoy.”

Next up in the festival schedule is the male and female Schools Finals. Over 30 schools from across Wales will come together and go head-to-head in 11 finals over three days, competing at Junior (U11s), Intermediate (U14s-U16s) and Senior (U18s) levels.

The Schools competition has previously seen the likes of future international stars such as Louis Rees-Zammit and Callum Sheedy take part as they represented their Schools District at U15s, competing for the Dewar Shield.  Girls National Finals U14s will also take place on Monday, April 25, and U16s on Wednesday, April 27.

One of the highlights of this year’s competition falls on Friday, April 29, as the day is dedicated to a  Mixed Ability Rugby match with an Inclusion Festival running from 10:30am to 5pm and Mixed Ability Festival from 5:45pm.

Darren Carew, National Inclusion Manager said: “It’s extremely exciting, after what feels like a lifetime, to once again get to share our stadium with some of the best people we get to work with. We truly believe that there is a jersey for all and Road to Principality is a great way for us to showcase the value and importance of inclusion within our sport.

“On Friday, April 29, we are inviting two SEN groups to the stadium for a tour before then heading out onto the pitch for some fun activities. All of which leads to the main event later in the day when the oldest mixed ability rugby team in the world, Swansea Gladiators take on the Mixed Ability Rugby Invitationals (MARIs) which feature a squad of players from across the globe.

“This fixture is particularly poignant as we pay homage to Swansea Gladiators 30th year in existence, providing positive opportunities for people with disabilities through the medium of rugby.”

The festival culminates with two fantastic days of competition as teams battle it out for the WRU National Bowl, Shield and Plate Finals on Saturday 30th, April and Sunday 1st May sees senior women’s sides come together in the Women’s National Finals Day competition.

Principality Stadium will be open to the general public, three days out of the 10-day event will be ticketed, the remaining days the WRU encourages supporters and young rugby fans to come and soak up the fantastic atmosphere during the Road To Principality, free of charge.

Priced at £10 per Adult ticket and £5 for Under 17’s.  Tickets are expected to go on sale early April and will be available online at wru.wales/tickets or available to purchase on the day from the WRU Ticket Office on Westgate Street.