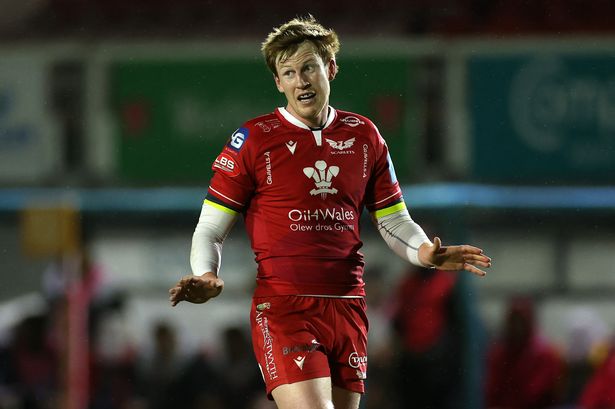 Rhys Patchell has signed a new contract for Scarlets and has disregarded a potential move to England.

28-year-old Patchell was out of contract in the summer, with English clubs such as Bath looking to make a move.

He’s played 70 games for Scarlets, and recently returned to the side after a year out of the squad due to concussion and injury.

Whilst also able to play at full-back, Patchell was a crucial member of the PRO12 title winning squad of 2017 – as well as helping Scarlets to the PRO14 final.

He said: “The Scarlets are a respected club domestically and in Europe.

“There is work to be done and I look forward to contributing to the future success we’re all striving for.

“The journey to regain fitness has been longer than I had hoped” he said about receiving concussion in the 2020 Autumn Nations Cup with Wales.

“I have thoroughly enjoyed being back on the field with the boys these past few weeks.”

Heach coach Dwayne Peel said: “Patch is an experienced international player, who has been playing at the top level for a long time now.

“He has worked extremely hard to get back out on the field after injury and is going well for us at the moment.

“I know there was interest in him from other clubs so we are delighted he has signed a new contract.”