Home > Uncategorised > Badger on the meaning of words
Badger 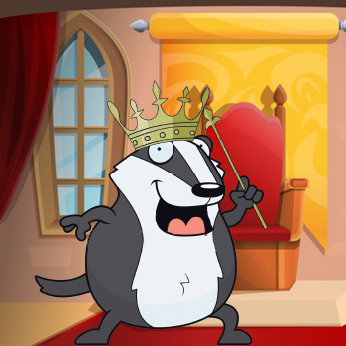 CONTEXT.
It’s all about context.

There is a type of person, the Prime Minister is one, whose capacity for pilfering others’ words in an attempt to sound serious is not matched by their understanding of the context from which those words come.

Take this famous quote: “This blessed plot, this earth, this realm, this England”.
Those words are part of a speech in Shakespeare’s Richard II, which is misused by charlatans and the sort of arm-lifting fellow travellers who believe in English exceptionalism and think they show how great England is.

The words take on a bitterer and altogether more unpleasant taste when considered with words that shortly follow:

“That England, that was wont to conquer others,
Hath made a shameful conquest of itself.”

Yay, England!
No. Nay England.
Context demonstrates words’ true meaning in a way random excerpts cannot.
Another example from Shakespeare, often used today, is “Neither a borrower nor a lender be.”

It’s beloved of tightwads and the close-fisted who’d rather cling onto a penny than loan a pound.

Except Shakespeare puts those words into the mouth of Polonius in Hamlet.
Polonius is widely believed to be one of the biggest plonkers in Shakespeare’s works, a pompous and slightly sinister character whose main trait is a capacity for coining empty, ringing phrases.

In the context of the character, “neither a borrow nor a lender be” is just an example of empty prattle by a show-off.

Misusing words and random snippets of literature demonstrate incapacity for original thinking and can also have a sinister and chilling effect.

Enoch Powell, the deranged populists’ deranged populist, loosely quoted Virgil’s Aeneid in the context of Commonwealth immigration when he said: “as I look ahead, I am filled with foreboding; like the Roman, I seem to see the River Tiber foaming with much blood.”
In fact, “the Roman” does not say those words.

They are spoken to Aeneas by the Sybil at the Temple of Apollo at Cumae, near modern-day Naples. The more accurate story would be about a Turk meeting a Greek in Italy, where they spoke about a then non-existent state.

The Sybil says the founding of Rome will spring from the Trojans bringing of “War, fierce war, I see: and the Tiber foaming with much blood.”

As Aeneas is the heroic figure behind what becomes Rome, the Sybil tells him Roman glory will come from bloody conquest.

Curiously, therefore, a noted classical scholar (Powell) places the white British in the role of doomed residents of Latium who will be displaced by those who will raise Rome to greater glory than they could ever have imagined.

That’s not what he meant to say, but it’s the meaning his words carry in the proper context.
The Prime Minister is fond of classical allusions. After all, he managed to get a second-class degree in Classics from Oxford. And that means, as any fule kno, he must be cleverer than the rest of us mere mortals.

ExcepT his hero is Pericles.

Pericles was a fifth-century BC Athenian toff who used his family connections to gain election to high office on a policy of naked populism.

His most famous words are recounted in a single passage in the contemporary Greek historian’s history of Athens’ disastrous decision to pick a fight with Ancient Greece’s most feared land army, the Spartans.

Detailing Athenian greatness, Thucydides claims Pericles said: “If we look to the laws, they afford equal justice to all in their private differences…if a man can serve the state, he is not hindered by the obscurity of his condition. The freedom we enjoy in our government also extends to our ordinary life.”

Anyone knowledgeable about Athenian politics would reply: “pull the other one; it’s got bells on.”

Athens, where everyone had the vote if they owned a certain amount of property and were not disqualified by being poor, female, or criminal. Even then, the old aristocratic families and their factions controlled the great offices of the state.

The further irony, piled on irony, comes later in Pericles’ praise of Athenian greatness: “We throw open our city to the world, and never by alien acts exclude foreigners from any opportunity of learning or observing, although the eyes of an enemy may occasionally profit by our liberality.”

Priti Patel would go off like a claymore mine if the PM came out with that line.

Of course, Pericles picked a war he couldn’t win with an enemy he couldn’t beat, lost control of Athenian territory, and then died in a plague that spread throughout Athens’ population directly from his policies, all of which left Athens at Sparta’s mercy.

It’s a great inheritance for one politician, let alone one who two and a half millennia later likes to cite Pericles as an inspirational figure.

When these words see daylight on the printed page, Badger’s readers will – he hopes – have cast their vote in the local council elections.

“Independent” is a word with a straightforward meaning when used as an adjective.
It means “free from outside control; not subject to another’s authority.”
Adjectives modify nouns in the way adverbs modify verbs.

If a candidate describes themselves as “Fred Bloggs: Independent”, the word independent signifies no more and no less than they operate freely and without a tie to one political group.
However, in Pembrokeshire , “independent” has a very special meaning for council elections.
Candidates describe themselves as “independent” but, if elected, prove to be anything but that.

They are fake independents, often tapped up even before their nominations.
Badger has spotted a few of those lurking around the current election. No names, no pack drill, but Badger expects several alleged “independents” to cleave to Jamie Adams’s laughably titled “Independent Political Group” almost as soon as their elections are confirmed.

It’s a con, and, in Badger’s opinion, candidates who debase the word “independent” in that way have lied to their electorate and should be disbarred from office.

You can’t blame them, though: who would stand on a policy platform that included cutting services to the vulnerable, impoverishing the council’s lowest-paid workers, routinely lying, covering up and rewarding incompetence, wasting money by the million on vanity projects, graft, and concealing criminal acts to avoid embarrassment?

We’ll find out who’ll be supporting those policies very soon.
In that context, Badger is a predator.