Home » Victorian-era fort in Pembrokeshire has just hit the market for £500,000 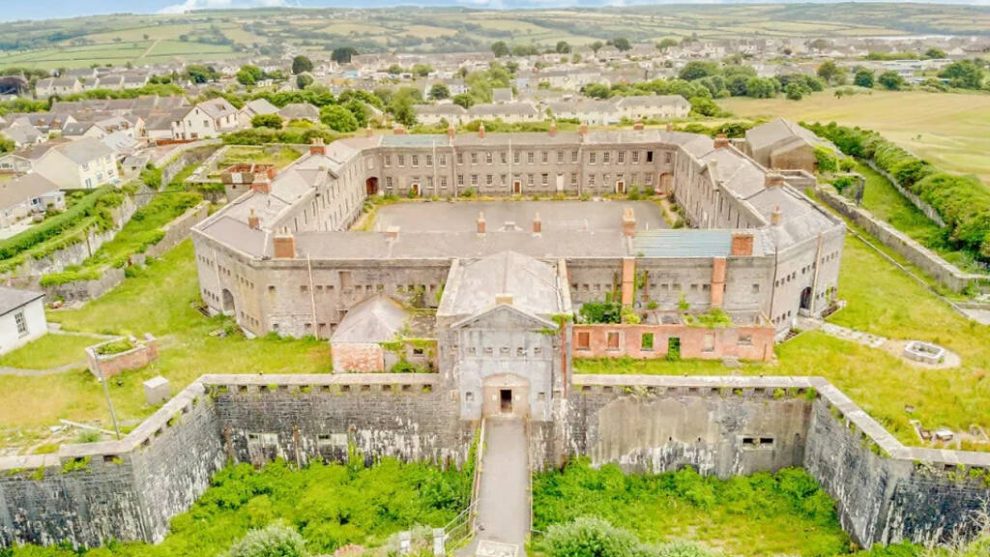 THE OLD Defensible Barracks in Pembroke Dock, a Victorian-era fort, has just hit the market for £500,000.

Built around 1844, it housed the army garrison that protected nearby dockyard.

The 45,000-square-foot property is laid out in a defensive square structure, with bastions on each corner to avoid blind spots during an attack.

A developer has already tried its hand at transforming the site, partially converting one of its wings into flats.

But the rest of the structure is in need of a major revamp and a heavy dose of TLC to bring it back to a fully functioning state.

In previous years, it was declared the second most endangered Victorian building in England and Wales, and is considered to be the last fort of its kind.

Well-known residents of the barracks include a load of important military officers, but more intriguingly, current residents include a colony of goats that live in the dried-out moat surrounding the fort.

Estate agents Strutt and Parker described this as ‘a rare opportunity to develop and restore a historical building of importance’.

Avian Influenza identified at a premises in Pembrokeshire
A Book of condolence has been opened at The Queen’s Hall, Narberth