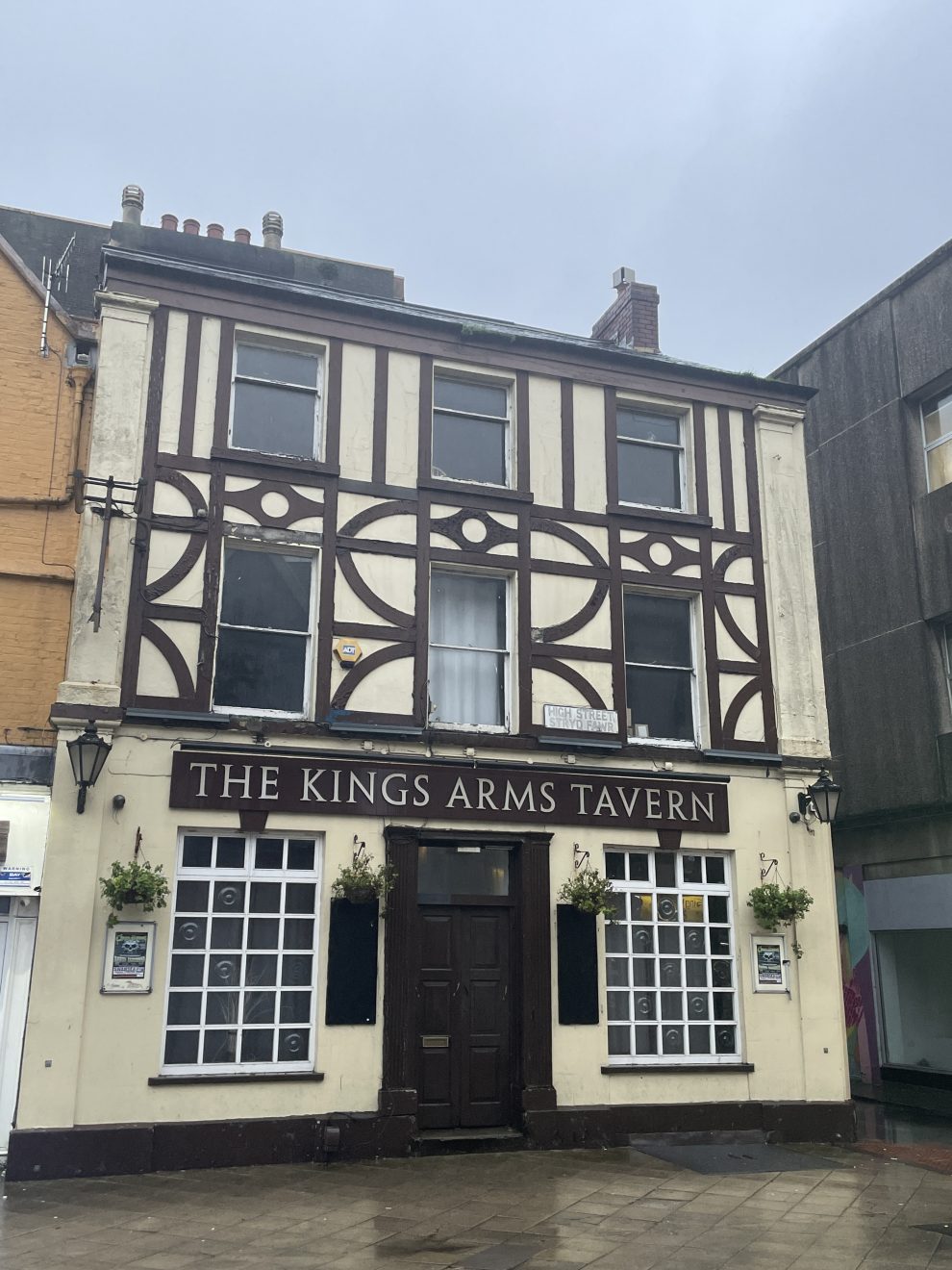 A HOUSING provider and commercial developer with a footprint across Swansea has snapped up a pub on the city’s High Street.
Coastal Housing said The Kings Arms Tavern – a listed building which has been shut for a year – needed upgrading.
Kelly Thomas, director of development and regeneration at the not-for-profit provider, said it was delighted with the acquisition and was keen to encourage applications serving the LGBTQ+ community, given the pub’s historic role in this regard.
She said no firm decisions had been made about the building’s future, and added: “Our focus right now is on upgrade works to restore the listed building to its former glory.”
No change of use is being sought, though, meaning it could continue to operate as a licensed premises depending what interest there is in it.
Coastal Housing said it had invested nearly £30m in High Street over the last decade.
It, along with Swansea Bay University Health Board, has proposed a new wellness centre on the other side of the narrow lane from The Kings Arms Tavern.
The seven-storey wellness centre would house a range of services, including GP practices, dentistry, podiatry, sexual health and mental health.
It would also feature a pharmacy, a district nursing hub, and offer homeless and asylum seeker support services.
Coastal Housing, meanwhile, knocked down a dilapidated High Street building last year which had been home to two shops before being fenced off for safety reasons. It has also acquired the former HMT Sancta Maria Hospital site in Uplands.

JD Welsh Cup: Connah’s Quay made to work for win over Llanelli
New charges could be a shock for motorists but concessions available for residents, says council.