Home > Comment > Badger and the power of the people
Badger

Badger and the power of the people 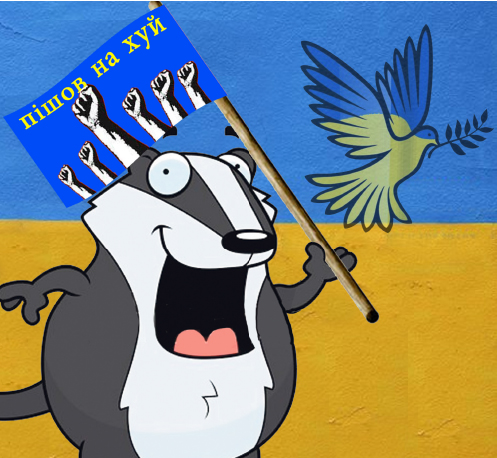 AS BADGER has previously observed: most people in Pembrokeshire are no different from people elsewhere in rural Wales.

Some are insular, inward-looking, selfish, and capable of unrelenting hostility to the outside world and incomers. Others are more engaged with the world: capable of great compassion, open-mindedness, and willing to act on those impulses rather than rant and rave in a fit of whataboutery.

By the time you read this column, eight people and four vans of humanitarian aid will be on their way from Herald Towers to Poland.

It’s a 3,000-mile round-trip, travelling from Milford Haven to the Polish border with Ukraine.
And it’s been funded and supplied by those in Pembrokeshire who fall into the second category.

Badger offers thanks to them and the countless decent-minded people who’ve helped.
During the two years in which the Covid pandemic caused countless deaths, indirectly contributed to even more, and caused havoc with Pembrokeshire’s economy, you are the people who held communities together.

Community means different things to different people. The cornerstones of Pembrokeshire life are communities of people either working together towards a common goal or addressing a common threat.

We don’t have any big towns here.

If you added the population of Fishguard, Haverfordwest, Milford Haven, Narberth, Pembroke, Pembroke Dock, and Tenby, you would have a population of about one-fifth the size of Swansea County and City.

That means everything we do in Pembrokeshire is done at a far more personal scale than in larger towns and cities.

Pembrokeshire is small, but many people here have large and generous hearts.

Those people have come together and, even in a time of hardship at home, given generously to others less fortunate than themselves.

So many of you have done that; it’s overwhelming. It’s unfair to single out one school, one community group, one politician, or one business that’s stepped in and offered practical help and made donations.

But Badger has one instance to mind.

On Friday afternoon, just before Herald Towers dropped the portcullis for the weekend, a small car parked outside with two older ladies and a small poodle inside.
Apart from them and the dog, the ladies had packed their vehicle out with bags of warm bedding and winter clothes.

Our Beloved Leader delegated two of his little helpers to move the stuff from the car and into the office.

And what struck Badger was not how grateful the little helpers were but how happy and grateful the ladies were at being able to help.

Giving for the good of others made them happy.

They had community spirit not only with the others who’d already donated so much but also with those suffering 1500 miles away in conditions alien to their experiences.

Pembrokeshire hasn’t been the frontline of any conflict of any real size or significance. People don’t talk about the famous Battle of Clarbeston Road, the Pisgah Uprising or the Massacre at Martletwy (not yet anyway). As sieges go, the one at Pembroke Castle is a footnote in most history books about the Civil War.

During the Great War and Second World War, the closest Pembrokeshire came to the frontline was as a target for submarines and aircraft raids.

Times have often been hard in Pembrokeshire. Until the refineries came along, the population was dribbling away due to a lack of work and opportunities.

When recessions came in the last fifty years, they hit Pembrokeshire hard.
Unemployment, under-employment, and worklessness are still relatively common in our county.
Apart from the accident of geography that contributed to a linguistic divide, we are a small county that is not particularly well off or different from other rural counties along the Welsh coast. We all need the tourist pound to survive.

But Pembrokeshire has a strong community identity that stretches from the Angle Peninsula to Abercych and St Dogmael’s to Amroth. Surrounded on three sides by the sea, we’ve been shaped by the tides of time and past experiences. Like the country of which Pembrokeshire’s part (that’s Wales for the hard of thinking), we’re a mixture of individual independence, community ties, and deep loyalties not easily broken.

Although people in Pembrokeshire have a certain bloody-mindedness and stubbornness, they also have the virtues that accompany those flaws: determination and the will to see a thing through to the end.

Of course, you might have to wait a while for someone from Pembrokeshire to get around to do it now in a minute, but once they get to it, they set to with a will.

And then you have the outsiders, not necessarily those who’ve moved to Pembrokeshire; those who project their lack of self-worth and narrow world view onto others’ efforts to make life a little bit better.

They sneer at the efforts of communities and individuals who try to make a difference.
They watch while others do and then complain about what’s been done.

Real people, who have a sense of belonging to something greater than them and act for others’ benefit, are mugs in the permanent outsiders’ tiny little minds.

And thanks to social media, all those tiny minds now have a big echo chamber to reinforce their narrowness and feed a sense of exceptionality.

Those people are part of a special community, of whose members Badger can safely say that if shit were brains, they couldn’t stink out a small matchbox.

Let’s give them a special label: the SFB (Shit for Brains) Community.

As a saving grace for the SFB community, at least from what Badger gathers from The Herald’s Facebook page, they comb the streets of Pembrokeshire selflessly picking up all the rough-sleeping veterans they find and give them room and board – free of charge – for as long as it’s needed.

It’s good and saintly work, and Badger is prepared to donate a shiny five pence to the neo-Nazi cause of one such a person’s choice if they can demonstrate that’s what they’ve done in the last two weeks.

Badger suspects his 5p is safe.

To them, Badger has a short message. It’s much the same as the Ukrainian response to Russian aggression: “пішов на хуй”. And with that and a wave of the paw, Badger is off, too.