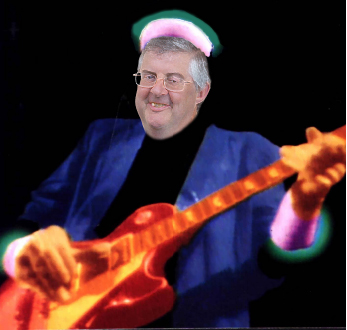 You wouldn’t easily confuse Mark Drakeford with Oscar Wilde, but when it comes to socialism, the two share a rainbows-and-unicornsy sort of optimism: ‘With the abolition of private property,’ Wilde dreamed in ‘The Soul of Man under Socialism’, ‘we shall have true, beautiful, healthy Individualism. Nobody will waste his life in accumulating things, and the symbols for things.’

Announcing the start of the Welsh Government’s basic income trial for care leavers this week, Mark Drakeford said much the same sort of thing: ‘We want all our young people to have the best possible chance in life and fulfil their full potential. Our focus will be on opening up their world to all its possibilities and create an independence from services as their lives develop.’
When socialism was tried in the past, they shot all the unicorns and what we got was barbed wire, walls and guards with guns to stop socialism’s starving victims from running away to countries where people are allowed to waste their lives accumulating things. Here in Wales, though, the unicorns are still galloping around because whatever Drakeford and his crew do to what passes for the Welsh economy, the UK Treasury is always around to clean up the mess.

This is what gives the First Minister the confidence to announce that from today, his government will give teenagers leaving what is anomalously called ‘care’ an unconditional annual income of £19,200 before tax.

In itself, this isn’t such a bad policy. More support for young people leaving Wales’ care system is long overdue, and part-compensates for the atrocious education that the Welsh state has inflicted on them. Functioning families don’t just dump their teenage progeny on some arbitrary date and say ‘right, butt, you’re on your own’, and the Welsh Government shouldn’t either. But at present care leavers are plunged, too young and alone, straight into a world where they negotiate tenancies, bills and the loneliness of bedsits and hostels.
Some, inevitably, will deliver their £1600 a month of taxpayers’ cash directly into the hands of the friendly neighbourhood gak dealer, and this will delight the Daily Mail. It’s irrelevant, and shouldn’t stop the Welsh Government from helping young people who really need help, even if that help could be more constructively targeted than just paying care leavers a big allowance and letting them get on with it.

Neither, however, should the merits of additional support for care leavers obscure the wider awfulness of the idea of paying young people who should be working or studying to do nothing.

This week’s announcement falls far short of the universal basic income pilot that the Welsh Government really wants. Drakeford firmly if naïvely believes that cash from the state, freeing all young people from money worries, will create a new generation of entrepreneurs, artists and poets instead of wage-slaves. He hopes that positive results in rolling UBI out to one really disadvantaged group will soften the public up for its more general introduction.

Not that the Welsh public need much softening up. Nearly everyone in Wales’ public sector (or elsewhere in salaried employment) has been trying out UBI for the last two years, and they loved it. Even when coupled with other significant state interventions like being ordered to stay at home or pay huge fines, the Covid furlough was wildly popular. People, it seems, actually don’t mind being paid not to do their jobs.

Paying people not to work was a colossal experiment in socialist economics. While the Treasury spaffed magic money about as fast as its computers could add multiple zeroes to the latest quantitative easing-addled balance sheet (actually printing real worthless banknotes is soooo 1929), even some reputable economists crossed their fingers and started to wonder if we might be existing in some weird state of monetary anti-gravity.
Suckers even started believing the entirely disreputable economists who invented a brand-new delusion –Modern Monetary Theory– to explain how you can just carry on printing money, handing it out to a delighted population in return for zip in labour, and still be absolutely fine forever. It ought to be astonishing that anyone believed this, but dangling free money in front of people makes suckers of the best of us. And real economists and politicians were banging on about MMT; it wasn’t just a mis-spelled email from a phoney Nigerian prince promising much the same thing.

We’re finding out already just what bullshit it was. The basic rules of economics have not been rewritten. We got away with QE because the magic money was mostly doled out to bankers, and it inflated stuff like classic Ferraris and Mayfair property that only bankers buy. Two years of magic money for everyone have given us runaway inflation for everyone.
Oscar Wilde didn’t live long enough to see it; Mark Drakeford has seen it but hasn’t learned: far from letting people, unshackled from labour, develop as individuals, the soul of man was crushed wherever socialism was imposed. Giving young people money for nothing will create economic chaos, and set them up for a life of failure.

If the Welsh Government wants young entrepreneurs to create businesses with the government’s help, let them pitch their business ideas and let the state invest; sharing the risk if it fails and the profit when it doesn’t. If Drakeford wants a new generation of artists and poets to flower, he can try broadening the opportunities for creative talent Wales provides in its lousy state schools.

While care leavers need and deserve more help from the government that affects to be their guardian, any improvement to their lives attendant upon giving them a salary unconnected to work doesn’t mean that paying everyone to do nothing is a good idea. Handing out a universal income would teach a generation of Welsh voters that money is free and work doesn’t matter. It would stoke the wildfire inflation sparked by QE and the furlough. At a time when there have never been more job vacancies, it would be pure decadence.

Protests planned for Monday on M4

A Call to Arms