Home » Bala come from behind to see off Druids 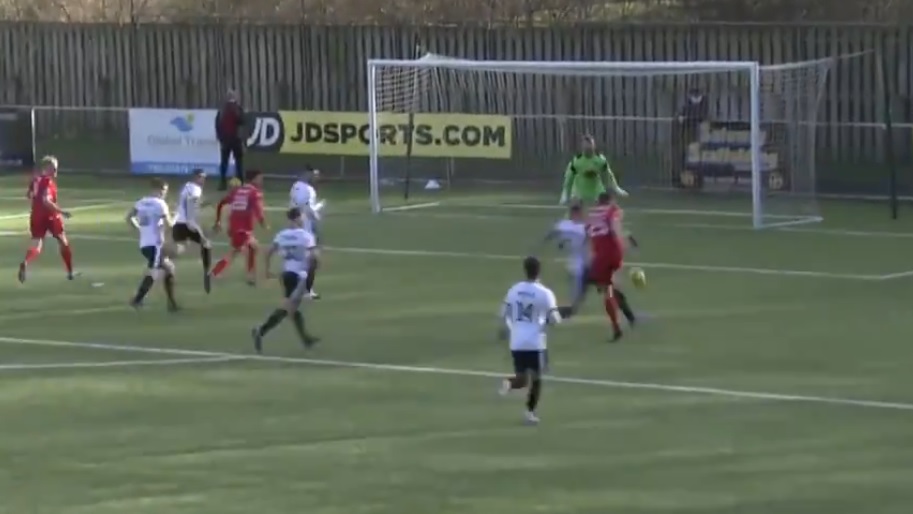 BALA TOWN came from a goal down on Saturday, March 13, as they beat Cefn Druids 3-1 at the Rock.

The Druids threatened early on and they took the lead after only seven minutes thanks to former Bala player Stef Edwards who drove a shot across goal and into the bottom rught corner.

An early yellow card was shown to Kieran Smith after 10 minutes, and after a few more fouls, Manager Colin Caton decided not to risk the possibility of going down to ten men and substituted Smith for Steve Leslie.

Bala slowly got into the game, despite the threat posed by Druids on the attack.

However, it didn’t take The Lakesiders long to level. Ollie Shannon managed to prod the ball home from close range, after Venables’ first time volley was blocked by a wall of Druids defenders, the ball dropped to Ollie who couldn’t miss.

Raul Correia came close to putting The Town ahead just minutes after the equaliser, as he latched onto a perfect ball by Leslie, but Raul dragged his effort wide of the post.

Bala piled on the pressure late in the half with two strikes on goal in quick succession, as Antony Kay had his strike blocked off the line, as did Ollie Shannon’s strike, and Druids were able to clear.

The half time whistle came, and possibly to the relief of the hosts, as The Lakesiders could have gone into the lead late in the half, if it wasn’t for the resilient defence of Druids.

Just minutes after the restart, Bala were ahead as Ollie Shannon pounced on the ball from close range and poked home to grab his second of the game.

With 20 minutes to go, Bala were awarded a penalty. Raul Correia’s driving run into the box was halted as he was brought down by a Druids defender inside the box, and referee Iwan Arwel pointed to the spot.

Chris Venables stepped up to take the spot kick, and cool as ever slotted it into the bottom right corner of the goal to gain a two goal advantage over the hosts.

The hosts appealed for a penalty after Nathan Peate put a challenge in inside the box, however the referee deemed it a clean tackle.

With just 10 minutes to go, Bala were reduced to ten men. Steve Leslie was involved in an altercation with Ryan Kershaw leading to Leslie being given his marching orders for violent conduct, yet Kershaw was given a yellow card for his involvement.

Five minutes from time, Danny Gosset was handed his first competitive appearance in nearly two years, after recovering from non-hodgkins lymphoma, a massive moment for Danny, Bala Town and Welsh Football as a whole, to witness the inspirational comeback from Danny.

Alex Ramsay was called into action late in the game, as he kept out a long range effort from a Druids midfielder.

Despite there being three minutes of added time, Bala saw the game out to pick up all three points after a much improved second half performance.

Bala are in action on Tuesday, March 16, as they host league leaders Connah’s Quay Nomads, kick off at 7:45pm.

The Druids are also in action on Tuesday as they travel to second placed TNS.