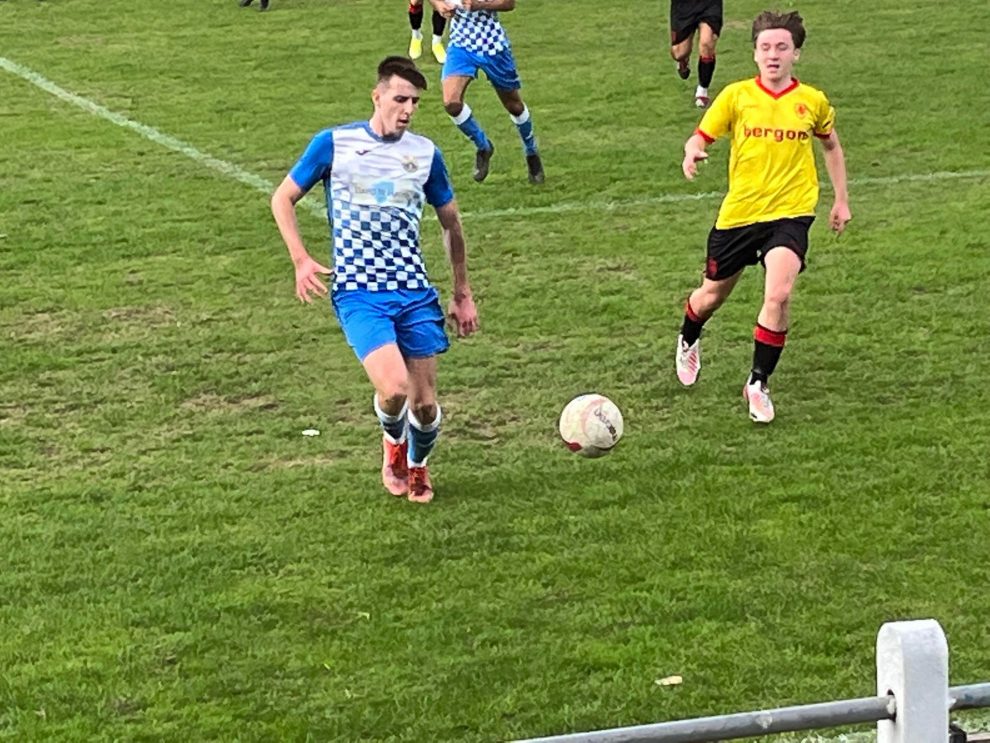 MUMBLES Rangers went through to the next round of the FAW Trophy on Saturday (Oct 1) as they beat Port Talbot Town 7-4.

Rangers got off to a bumpy start as the pitch and sharpness of the Port Talbot Town strikers paid dividends after 6 minutes when Town’s striker Kirk McNally slotted the first goal of this cup tie 1-0.

It took Rangers just three minutes to level when a Loveridge solo effort on the edge of Town’s penalty area simply flew into the net, a quality strike, 1-1.

Port Talbot Town bounced back within 5 minutes when their hard working full back Manny Mahoney scored to restore his team’s lead, 2-1.

Rangers pounced in the 25th minute when James Loveridge broke clear of Town’s defence and angled his strike in to the corner of the Town net, 2-2.

Rangers accelerated their attacks and young striker Aled James scored twice in four minutes to take a commanding lead in the half time break, 2-4.

Two minutes into the second half saw Loveridge recieved the ball on the edge of Town’s eighteen yard box and he placed a sublime chip shot into the roof of Town’s goal, 2-5 and a superb hat-trick from the classy striker.

Rangers added goals 6 and 7 within the space of 5 minutes when Elliot Smith put the 6th goal on a plate for brother Taylor Smith.

Elliot Smith had come on as a substitute and his never give up attitude paid dividends when he dispossessed Town’s goalkeeper and strided towards goal and still had a trick to slot the ball into the net.

Credit to Port Talbot Town who carried on to the end and pulled two goals back from Alex Aldrich and Town’s workaholic fullback Manny Moloney to add some respectability to the final score.