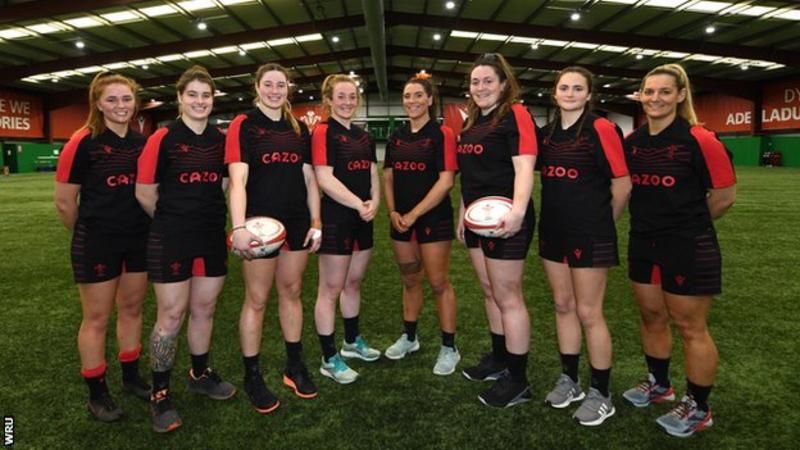 The WRU have announced the first 9 semi-professional players to be offered paid contracts in the women’s game.

The contracts, also known as retainer deals, declare players like Kerin Lake semi-professional – with six more due to follow.

The semi-pros will join the professionals at the National Centre of Excellence at the Vale Resort in Cardiff.

They are expected to train 1-3 days a week.

“Some of them were very close to being offered full-time contracts, and all made a huge contribution to our autumn campaign, both on the pitch and in the training environment so are all deserving of this chance,” he said.

“Ultimately, the retainer contracts provide an opportunity to have more contact time with more players which will be a huge positive.

“It gives the players the ability to learn more about the game, to complete more training sessions, improve their strength and fitness along with other areas that will contribute towards the team’s performance.”

Cerys Hale and Kerin Lake are amongst the experiences players , both holding more than 30 caps already.

More contracts are still to be offered to players, with two upcoming Wales training camps presenting the opportunity to impress.

2 of the most wanted brits in Spain have Welsh links