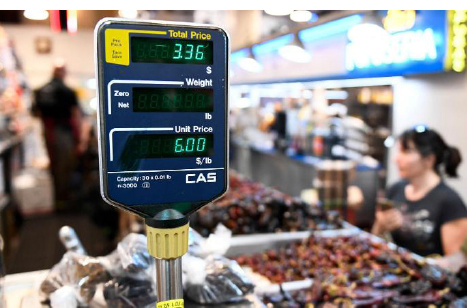 Tory MPs really should know better. They know the British public hold an unshakeable preconception that anyone representing the Conservative and Unionist interest in Parliament is staggeringly wealthy, and dines every day on lobsters fished from his own moat.

It’s a wildly inaccurate caricature (MPs get paid about the same as a GP or secondary school head teacher) but it does mean that there are some subjects they should avoid altogether.

Like food banks. Don’t get Tory MPs on to food banks; to many Tories a self-fulfilling prophesy of poverty. After all, if real banks just gave away money like food banks give away food, wouldn’t we be hammering on their doors all day long and saying we couldn’t live without them?

Letting journalists or schoolchildren ask you impertinent questions about the price of a loaf of bread is another. What sort of sodding bread? The nice stuff from Waitrose is £4.50. And it doesn’t help to turn matters around to your own area of expertise and say “ha ha ha you ridiculous peasant now what does a bottle of Cheval Blanc cost?” when you’ve just been shown up as having the social conscience and empathy of a jackal.

Anyway, this didn’t stop Ashfield’s Tory MP Lee Anderson piping up in Parliament last week to opine (if not in exactly these words) that poor people are hungry because they are feckless fatties whose only concept of feeding themselves is to waddle down to the chippy. They can’t budget because as soon as the week’s pay packet is pressed into their grimy palms, whatever money isn’t handed directly to Messrs Benson and Hedges (and HM Treasury) gets blown at the boozer and the dog track.

Commoners, he told a chamber now divided between cringing Conservatives and a gleefully offended opposition, waste their money on unhealthy junk food when they could cook healthy meals from scratch for 30p a day (he’s right: offal costs next to nothing and one wonders what’s stopping these people from whipping up a nice plate of rigatoni con la pajata, or ox tongue with sauce gribiche for their dinners).

Tories can’t say stuff like this about food banks, obesity or an inability to budget because, by definition, Conservatives are uncaring. They don’t give a damn about fairness. They like rich people and like seeing them get richer. If this means that more members of the huddled masses get jobs as scullions in the rich people’s houses, so much the better. Let the wealth trickle down, as slowly as it likes.

Socialists, of course, do care. They care so much about equality that they devote immense resources to ensure that money is taken out of the hands of the ghastly rich, and spent on things like walls and barbed wire to ensure the rich don’t all just leg it with suitcases full of jewels and cash. What follows is always the same: socialism’s beneficiaries end up using wheelbarrows for wallets and barbecuing rats over the last of their furniture for food.

Giving rich people’s money away is, as demonstrated everywhere it’s been tried from Maracaibo to Murmansk, one very effective way of sending your country to hell in a handcart. It discourages people from working hard or investing in building a business. And –if you’re not a Tory and do care about fairness– you might think that achieving fairness and social justice by bribing voters with money stolen from people who earned it isn’t, all things considered, entirely fair either.

In Britain, whenever Labour’s economic handcart has picked up a bit of speed and the gates of hell are looming into sight, voters typically ask the nasty party to jump on board with some urgency, to apply the brakes.

The Conservatives’ traditional role in life isn’t to be nice. It’s to come in after whatever chimps’ tea party Labour made of the public finances, and get the house back into some sort of order. Boris Johnson, however, isn’t a traditional Conservative. True, he doesn’t lie awake at night troubling himself excessively about fairness, but that’s because he doesn’t particularly care about anything other than Boris Johnson, the immediate political survival of Boris Johnson, and maybe in some distant way the prospects of re-election pertaining to Boris Johnson.

Redistribution isn’t supposed to be the Tories’ thing. But somehow, the tax burden is now higher than at any point since Hugh Gaitskell was chancellor. And a government self-identifying as Conservative has spent fourteen years playing the second-oldest trick in the socialists’ book: when you run out of other people’s money, print some more.

Money-printing –quantitative easing in its millennial euphemism– was a necessary evil to flatten out the shock of the 2008 financial crash. It became a habit that government couldn’t quit. The delayed inflationary effect, where most of the inflation went into stuff (houses aside) that only rich people could buy, somehow convinced chancellors that they could go on doing it for ever. Socialists loved it, and even invented a whole new category of delusional doctrine, Modern Monetary Theory, which held that inflation and the printing of money were now permanently de-linked. Incorrectly, as it transpires.

It was rapidly brought home to Lee Anderson that Conservative MPs just can’t win when they start talking about poverty, even when they’re right. The opposition benches (amplified by a delighted press) joined in a howl-round of confected outrage; a process Labour politicians always enjoy, and in this instance even sweeter because Anderson is a former miner and used to be one of their own councillors in Ashfield until he defected to the Tories.

Even so, Anderson was spot on. Decades of hopeless state education, and the entropic dispersal of nuclear families, has left millions of Britons completely unable to cook from scratch. It isn’t their fault, but neither is it, by some margin, the biggest driver of food poverty. For that, see the party of Margaret Thatcher running the economy as if they were Bennites, and letting inflation hurtle out of control.

Desperate Flag Waving is a sign of a Union in Crisis

Levelling up goes into reverse