Home » The age of extinctions is at hand 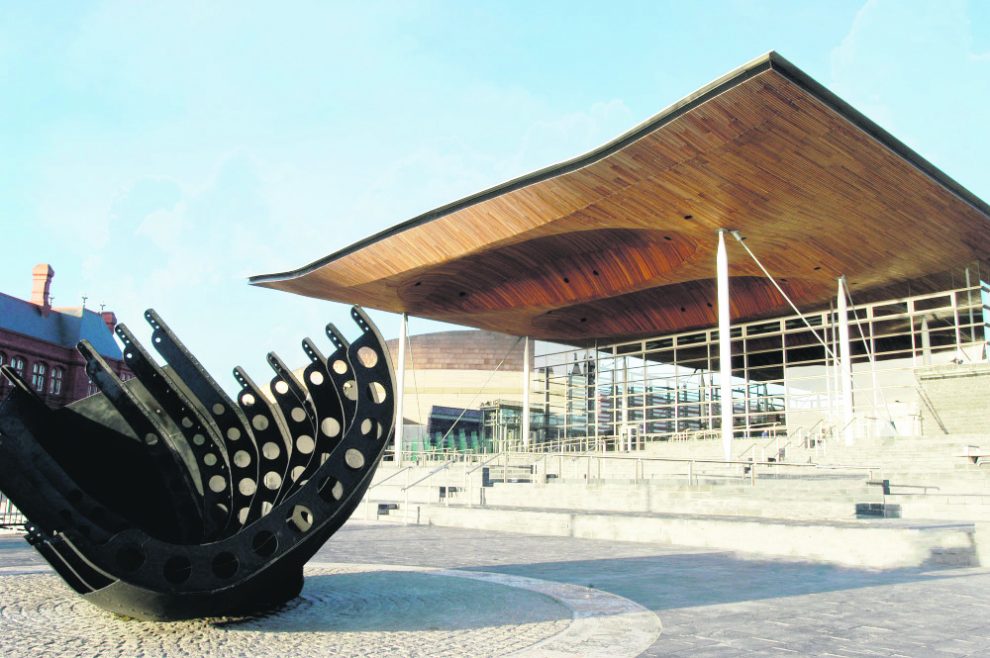 This is an opinion piece by award winning Welsh columnist, Matthew Paul. Matthew is the Welsh Media Awards Columnist of the Year 2019.

The political meteor that hit Wales in June 2016 still darkens the skies. And the lumbering brutes that dominated Welsh politics for what feels like a hundred and eighty million years sense that they must adapt or die.

Welsh Labour were safe for so long in their electoral ecosphere of gerrymandered rotten boroughs in the valleys. The diplodocus in the red rosette only had to bellow the word “Thatcher” to get the whole herd behind him. It turns out, though, that even the pea-sized brains of most Labour voters will occasionally suss out that they’ve been had.

Voting Labour had become little more than a bad habit, and Brexit was the excuse to break it; polarising Welsh voters along pro and anti-Europe lines instead of old class lines, and opening up a rift between working class voters and the party that was supposed to represent their interests.

Voters first strayed from Labour to anti-EU outfits like UKIP and the Brexit Party. When it became clear that the only gang who could deliver Brexit were the Tories, to the Tories they went.

Labour of course did the Tories a favour by vigorously fighting culture wars while letting the five giants get on with their business, and by selecting a (UK) leader who was not just unpatriotic but actively anti-British. In the most delicious of ironies, being violently anti-EU was the only thing that might have endeared Corbyn to traditional Welsh Labour supporters, but his anti-Europeanism was the hate that dared not speak its name.

Plaid Cymru have a similar Brexit-based problem. They find themselves in the ghastly quandary that their reason for existing –Welsh independence– just can’t work without EU membership, and the Welsh don’t want to be members of the EU. Brexit increased the appeal of independence, but Plaid are stuck in an evolutionary cul-de-sac where they watch YesCymru’s membership soar, but their own position in the polls barely creep up.

Plaid have their fingers crossed that newly-enfranchised 16 and 17 year old voters will come to the rescue. They might be right: which of us can look back and honestly say we didn’t do some idiotic things when we were 16?

Even among naïve teenagers, rejoining the EU (on the terms available to accession states) is not a serious proposition. Watching other EU states’ shambolic mishandling of the vaccine roll-out has been unedifying. Macron and Merkel slagged off the Astra-Zeneca jab while simultaneously hoarding it for themselves, reminding us of the Jewish joke where a diner complains “the food here is awful”. “Yes, terrible,” his companion replies, “and such small portions.”

The LibDems have been slowly sinking in the tarpit of insignificance for several electoral cycles, and 2021 looks like the year when they take a last despairing gulp of air before glupping under the surface and vanishing forever into the sticky mire.

When archaeologists of the future look into how this happened, the fossil record may point them towards the date when Labour –in designating the whole country as a Nitrate Vulnerable Zone– went on the attack against every livestock farm in Wales.

Kirsty Williams’ shameful decision to support the Welsh Government in that endeavour will have done the LibDems no good at all in the one seat they might otherwise reasonably have expected to hold. It will be a pity if the excellent Bill Powell doesn’t get elected in Brecon & Radnorshire, but if the long and noble tradition of Welsh Liberalism is snuffed out in May, and the party is left without a single elected representative in the Commons or the Senedd, Kirsty Williams and the useless Jane Dodds –and their crazy decision to support Welsh Labour instead of opposing them– will be to blame, not him.

While other parties have been lumbering around in the cold, confusing darkness of post-Brexit Wales, the Tories were swift to evolve.

Not necessarily in the prettiest way; their blue scales are giving way to a feathery purplish plume, and they have taken on the camouflage of UKIP, BXP and other anti-EU elements of the hard right. Peaceful, plant-eating creatures like David Melding, Suzy Davies, Angela Burns and Nick Ramsay have thrown to the velociraptors, while the carnivorous new/old leader Andrew RT Davies roars and bellows that he will eat up Welsh Labour votes in the North Wales red wall and even in the valleys for Brexit, um, breakfast.

Evolution doesn’t happen overnight, and RT will be disappointed if he expects this to be the election where Wales sees real change. The Welsh electoral system is heavily and deliberately biased in favour of Labour, and while the Tories will pick up many votes and more than a few seats in May, they will still be well short of a majority.

Nor will tiddler parties hold the balance of power; no sustainable Welsh Government can rely on the whims of charlatans and chancers like the Abolish the Welsh Assembly (sic) Party, or still-sleazy Neil Hamilton, who after thirty years of being the poster boy for shady political venality still whiffs of fish, and not just because he once had fish tipped all over him on live TV.

No, even as the dust and ash from Brexit hangs in the air, and shadows lengthen around the dinosaurs in Cardiff Bay, Plaid and Labour will huddle together for warmth and support just like they always do, until they, or Wales’ economy, become extinct.