Late knights William Gilbert and Arthur Sullivan have announced their plan to relaunch their very successful stage combination of librettist and composer, now having patched up earlier quarrels.  Their statement said “Although we’ve both been dead for over a hundred years, there is just so much humour of all kinds to be found in recent events.  Life is imitating art, especially panto!  We cannot resist the opportunity to pen something for the audiences of today – topical, lively and jolly they will be, with lots of song and dance.  While we haven’t decided on our first new work yet, we are looking at themes of governmental cowardice and incompetence (Leveson2, Hillsborough, border management, PPE/Test&Trace etc).  There is plentiful material and we already have some tentative titles.  For your readers only, they are No One Is To Blame, Three Little Wives, The Pirates of Patel and Bozymandias.  With characters like Bodgejob and Dim, there is a laugh in every news report”.

All Under One Banner UK (AUOBUK) has announced it is to join sister movements from Scotland Wales and Cornwall in an effort to get a better deal from the UK Government.  A spokesperson said “the UK has been getting a raw deal from Westminster, except for some small enclaves in London and the Home Counties.  We completely understand why there is such agitation in the other nations for independence.  We have had support from Northumbria and Merseyside so far, and we are not ruling out seeking independence for the UK from the UK”.

The Great Britain Department of Education and Basic Training (DEBT) recently released a revised list of words and concepts that are not to be mentioned or discussed in junior schools including independence, republic, rights, racism, gender fluidity and Wales.  However, what was not made clear is that the exclusions are only to apply in Bristurbia and Mancia (West Britland), Cornwall and Northumbria (England).  Further words and restive counties are under consideration.  DEBT apologises for any confusion.

Late news The word Kernow is to be added to the list.

Talking about the unruly provincials, Sarah Vanity-Case said to him “Mikey (Michael Govid, Minister for the Cabinet Office), I think you should accept their home rule or federation proposals.  Acceptance ‘in principle’ would kill the independence movements stone dead!  And you certainly know how to make negotiations go on for literally years and years.  They would be forgotten.  We could still keep on bullying Northumbria, West Britland and Cornwall, and the private sector could still keep on buying up their assets, especially those with a coastal view, and other under-priced resources”.  (Michael, sweetie as he is, said he’d think about it…)

(DReGI) has announced that the Great British Prime Minister de Pfrivolous Johnston has received yet another accolade from the people of West Britland.  They have named him Pob1 (or ‘person 1’ in the local dialect).  Michael Govid is Pob2.  “Clearly, the GBPM’s campaign to win hearts and minds in West Britland is succeeding” Ms Spinton said.  She conceded that “there is more work to be done before the GBPM can appear in public in West Britland without some anti-social elements sharing* eggs and tomatoes.”

Note to Editors In some early editions, Pob1 was rendered as Gob1, obviously a misprint.  Similarly, the suggestion that Pob was an abbreviation (for pompous and over-blown) is an insult to the local dialect as well as being entirely without foundation.

Deep Nostril, Our Man in Cheltenham, returns with some background notes on their operations.

“Thanks again, Gnom.  In my first despatch, I mentioned the vast amount of information we collect, collate, store, analyse and disseminate.  Today, for techies with an interest, I have listed the sources of the data.

We use cameras of all types – infrared, ultraviolet, ray (from alpha to omega, including X), over-the-horizon radar, Lidar, other laser tools and a wide range of sensors that I’m not privy to.  Then there are the aircraft, helicopters, satellites, cables and drones, all used for surveillance and interception.  In addition, Rumour, Innuendo and Gossip on Instagram, Twitter etc, emails and phone calls are routinely screened”.

The UK Government has praised two families for adopting the Common Sense Rule on holiday travel.  Both wished to travel to ‘amber list’ countries, namely Spain and Greece.  “Using only our common sense”, said Melanie, travelling with her partner and their three children, “we decided to go to Spain.  We all need a holiday so its amber status was of no concern”.  Meanwhile, Jermayne and his wife and two children wanted to go to Greece.  “Using only our common sense, we decided not to go to Greece but to Egypt instead.  We all need a holiday so the latter’s red status was of no concern”.

When questioned about the Common Sense Rule resulting in different outcomes, a spokesperson said “this situation is entirely normal.  We encourage diversity, and the English can never agree on anything.”

Mark Duckbridge, the Interim First Minister (IFM) of West Britland (in post until the First Satrap is appointed) denied that there is a fallback plan for the Welsh Labour Party to become One-Nation Conservatives.  A political commentator who did not wish to be identified said she had an internal  party memo showing that was one option considered at a planning weekend that took place before the recent elections when there was a deep fear that the pro-Union vote would collapse.  Other options included a full merger as The Union Party (TUP).  The First Minister admitted that there was scope to work with the Conservatives to help forestall the nationalist, socialist and separatist threat of Plaid Cymru and its offshoots.  “We have more in common as unionists with the former than the latter though we have adopted a lot of Plaid ideas as we have few of our own.  It may happen one day, but not yet” the IFM said.  Tory leader Andrew Duckhouse (no relation) welcomed the news and promised support.

Leader of Plaid Cymru, Adam Galahad MS, said “They clearly anticipate, as we do, that the Labour vote will collapse first, while the Tory vote will shrink over time.”  Party analysts are continuing to study the memo and its implications.  One said even the Duck Bros tupping together will not stop the will of the Welsh people – independence is inevitable.

Late News Continuing its shakeup of the transport sector, the Westminster Government has announced that Highways England is to become Great British Highways (GBH).  The agency will be headed by M Napoleon Haussmann. 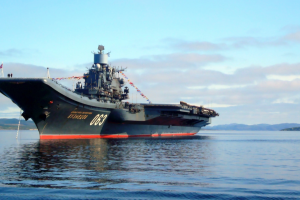 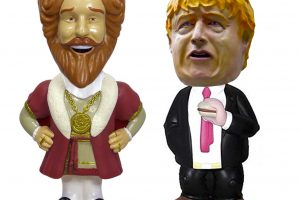